From Traditional Tech to AgTech, with Former Entropic CEO, Patrick Henry, about his Role as CEO at GroGuru 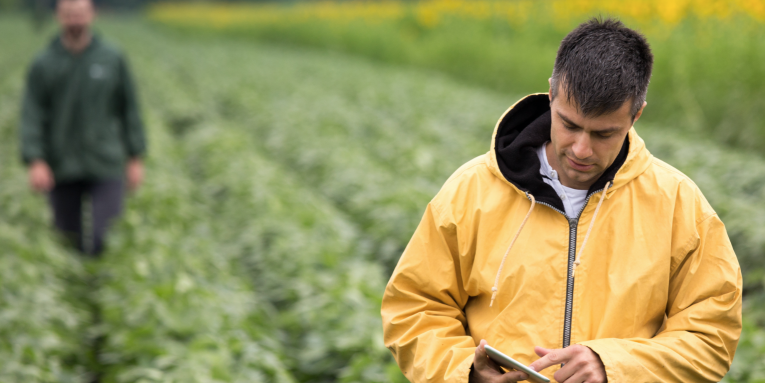 Patrick Henry, the CEO of GroGuru, a San Diego based company that helps farmers make more money by applying strategic irrigation management in order to increase crop yields, while, at the same time, more efficiently using water and other scarce resources in a sustainable way joins Enterprise Radio.

GroGuru is a privately held company based in San Diego, CA that provides precision soil and irrigation monitoring systems to the commercial agriculture industry. GroGuru is focused on enabling farmers to increase crop yields while optimally use water, energy and other scarce resources in a sustainable way.

GroGuru’s WUGS-based systems can be buried below the till depth and communicate through several feet of soil wirelessly, thus eliminating the need for the sensors to be annually installed and removed for seeding and harvesting, respectively, for these annual crops. GroGuru is a portfolio company at the EvoNexus technology incubator, the premier technology incubator in Southern California.

As the CEO of GroGuru, Mr. Patrick Henry drives the overall strategy and operational execution for an exciting AgTech company that will change the way that we grow crops by using an innovative IoT system for precision irrigation and soil monitoring and management.

Mr. Henry is a senior executive and serial entrepreneur who has run four different startup companies with multiple exits. His articles about various aspect of entrepreneurship and building businesses can be found in Inc. Magazine, FastCompany, Tech.Co, Entrepreneur, The Huffington Post, and other publications. He has been featured on CNBC, Bloomberg Television, and in Forbes.

As CEO of Entropic, he took the company from pre-revenue and pre-product through a successful IPO and a billion-dollar valuation. Entropic, along with its industry partners, developed an industry leading communications standard called MoCA, which became the de facto standard for streaming video inside the home for applications like multi-room DVR. He has personally raised over $200 million in equity financing for his companies, and been directly involved in over $2 billion of M&A transactions.

Mr. Henry was the winner of 2008 Ernst and Young Entrepreneur of the Year for Technology, San Diego Daily Transcript 2008 Top Influentials in the Technology Industry, and 2011 San Diego Business Journal Most Admired CEO. He volunteers as a mentor to entrepreneurs at EvoNexus and the Chairman’s Roundtable.

Mr. Henry has a BESM with high honors from Georgia Tech, and a MBA from the University of Southern California.

People also listened to this: Spiritual Healing For You And Your Practice