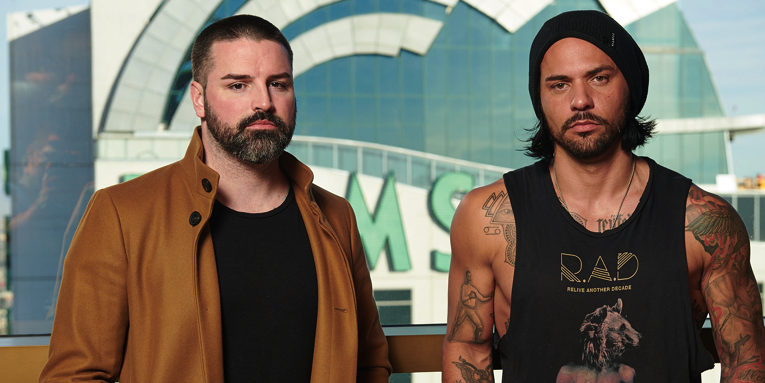 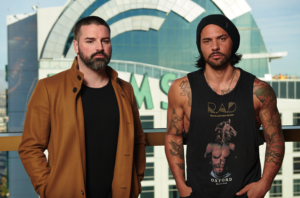 Vegas hospitality veterans Ryan Labbe + Jason “JRoc” Craig  individually dominated the Vegas scene for years, nonetheless the two decided to make a power move by joining forces in 2012 to form the 81/82 group. Their partnership and varied expertise in the industry would prove golden with their success having curated and established DJ residencies and must-attend events for a multitude of Vegas’ hotspots.

It was very clear that the duo knew exactly what they were doing. Craig’s marketing expertise stems from his work with N9NE Group.  As Director of Nightlife and Marketing, he helped oversee marketing and VIP services for seven venues. Labbe on the other hand, had a different approach to the industry. He quickly became known for his “guerrilla style” marketing, and was respected as someone willing to go over-the-top to create an experience, which this strategy overall has never been done before in Las Vegas.

As the two emerged as Vegas’ hospitality heavy hitters, it only made sense that not only bigger brands would want to collaborate with the duo but even bigger names. In 2015, Labbe & Craig partnered with hospitality mastermind Andy Masi for what would be their first of many huge projects in Las Vegas. Fast forward to 2018, and the power trio of Masi, Craig and Labbe are working on simultaneous projects, Apex Social Club which is taking over the infamous Ghostbar space on the rooftop of the Palms Casino Resort, and Camden Cocktail Lounge which will be located on Casino level. Both are slated as highly anticipated additions to their portfolios, set to open at the Palms Casino Resort this Spring.

People also listened to this: Master Mentalist Erik Dobell of the Impossibilities Show