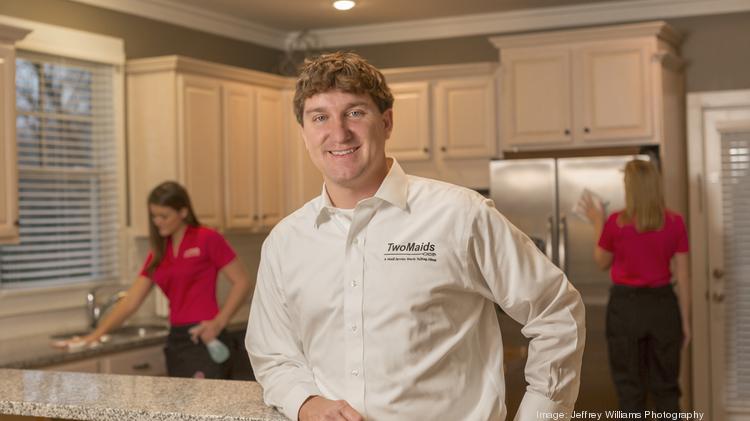 Ron Holt, the CEO and founder Two Maids & A Mop, a residential cleaning service with 31 franchise locations and major plans for big growth within 10 years joins Enterprise Radio to discuss his secrets to sweeping success.

This episode of Enterprise Radio is working in conjunction with the Franchise Channel.

Ron Holt is the CEO and Founder of TWO MAIDS & A MOP™.    After graduating from the University of Georgia, Ron started down the well-worn path of working in corporate America.  In the back of his mind, he wondered what it would be like to strike out on his own.    With tons of ambition but little money, Ron realized that his best bet for success as an entrepreneur was to own a business in the service industry.   So Ron left the security of his cubicle-filled workplace and purchased a fledgling maid service in Pensacola, FL.  The decision was not a popular move within his circle of friends and family.  In fact, the decision looked to be somewhat disastrous after just a few weeks of running the business. The company was in severe trouble and burning cash on a daily basis. But Ron persevered and used a combination of personal education and extreme passion to overcome the mountain of problems facing his new company.

Ron redefined the definition of a residential house cleaning service by implementing many different industry changing programs and policies.   From day one, Ron implemented a strict operational plan that systematized every task within the company. He created an innovative Pay for Performance Plan that created both operational efficiencies and marketing advantages. And he shocked the industry by not investing one dollar in traditional advertising vehicles by solely focusing on new age initiatives such as social media, search engine optimization and other digital marketing tools.   Most importantly, he created a strategic vision that his company would one day dominate the residential cleaning landscape.   Today, TWO MAIDS & A MOP™ is regarded as one of the industry’s fastest growing companies and highly regarded as the new face of residential house cleaning services nationwide.    In 2012, the company was selected as the National Maid Service of the Year by a leading industry association.  And for the past four consecutive years, Inc. Magazine has recognized the company as one of the fastest growing cleaning companies in America.   Ron’s journey from a small mom & pop business into a nationwide brand has been prominently featured in journals such as Entrepreneur Magazine, Better Homes & Garden, Success Magazine, Yahoo News and CNN Money.

TWO MAIDS & A MOP™ has now grown from just three part-time Team Members to more than 400 hard-working Team Members today.  The company serves customers through 31 franchised locations across the country.

Ron’s personal accolades include being inducted into the University of Georgia 40 Under 40 Most Distinguished Alumni Class of 2013. He was also nominated as a Regional Semifinalist for the 2013 Ernst & Young Entrepreneur of the Year Southeast award. In 2014, Ron was named to the University of Georgia College of Agriculture and Environmental Sciences Alumni Hall of Fame.  And in 2015, Ron was recognized as a Top CEO in Birmingham, Alabama.