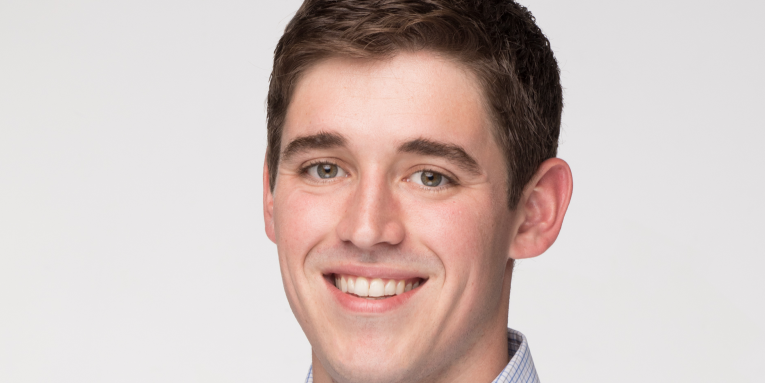 Michael Tierney the Founder and CEO of Stuffed Puffs, LLC that has created the first commercially viable chocolate-filled marshmallow confection joins Enterprise Radio. Stuffed Puffs launched at retail in May of 2019 at more than 2,100 Walmart locations throughout the Untied States.

Michel Tierney is the Founder and CEO of Mikey’s LLC, a company dedicated to delivering wholesome and healthy products that contain a short list of identifiable ingredients. Michael foundered the company in October of 2015.  At Mikey’s we only use the best, simplest ingredients to deliver products you can love at trust. Our portfolio of baked goods ranges from English Muffins and Tortilla’s to Pizza Crusts and handheld Pizza Pockets. To date, Mikey’s has 17 SKUs that are sold in more than 8,000 retail locations in North America. Mikey’s is currently carried at retailers ranging from Sprouts Farmers Market and Whole Foods Market to Kroger and Target.

Tierney is also the Founder and CEO of Stuffed Puffs, LLC. Founded in 2019, Tierney created the first commercially viable chocolate-filled marshmallow confection. Stuffed Puffs are perfect for s’mores as they melt from the inside out when roasted over a fire. Stuffed Puffs launched at retail in May of 2019 at more than 2,100 Walmart locations throughout the Untied States. Since launching, Stuffed Puffs has garnered mass media attention for the likes of Good Morning America, The Jimmy Kimmel Show, Delish, PopSugar and many more. Stuffed Puffs have rapidly grown at Walmart expanding to over 4,000 storefronts and have become the number one selling marshmallow in aa number of markets. Tierney has also brought DJ Marshmello and his Manager, Moe Shalizi, into the company as an equity partners who will help the company build brand awareness on a global scale.

Prior to these two ventures, Tierney’s background lies in the world of fine dinning. Tierney worked though the kitchens of both The French Laundry in Napa Valley, CA and Eleven Madison Park in New York, NY. Both restaurants hold the coveted acclaim of being awarded three Michelin stars. The French Laundry and Eleven Madison Park are both riddled with other accolades and have both spent time on the 50 Best List as Best Restaurant in the World and Best Restaurant in North America, respectively.

Tierney graduated with honors from The Culinary Institute of America in Hyde Park, NY with his Bachelors degree in Culinary Arts Management in 2010 but his culinary journey started long before that. At the age of thirteen, Tierney began volunteering his time washing dishes at a Sur La Table teaching kitchen in exchange for a chance to learn from the guest chefs the school brought in, ranging from Food Network stars to Martha Stewart. By fourteen he was assistant teaching the classes. During his tenure at Manhasset High School, Tierney spent his evenings and weekends assistant teaching culinary classes at a local Viking Range Cooking School. Tierney is a native to Long Island, New York and now resides in Bethlehem, PA.