Iconic TV Star Larry Thomas will be company SOUPMAN, No Soup for you is now SOUP FOR ALL! 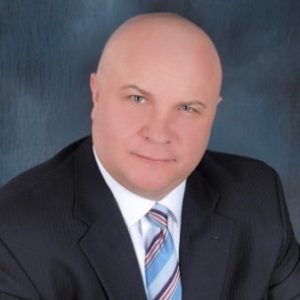 Joe Hagan, the President of The Original Soupman joins Enterprise Radio. This famous, delicious line of soups has been famous since a very special actor, Larry Thomas, said “No Soup for You” on Seinfeld.

Founded in 2010, HS has helped launch companies from capital raise to successful merger and/or publicly traded status. One of those ventures WealthColony Management Group (WMG), specializes in identifying alternative investment opportunities in the small cap and micro-cap markets. Through WMG Mr. Hagan had invested a significant stake (22.1%) in Soupman Inc. and subsequently represented the majority of shareholders by demanding the removal of all board members and management due to perceived gross mismanagement.

Mr. Hagan’s  commitment to force change and protect value continued from pre-petition in the Spring of 2017 all the way through the bankruptcy proceedings in the summer months which culminated in a winning bid of $6.76 M including $2M cash on September 8, 2017. As a former employee (Head of Investor Relations and Sales 2009-2011, 2016) of Soupman and consultant (2011-2015) before becoming an investor, Mr. Hagan is uniquely qualified to remove destructive management, position the company and finally deliver on the brand’s value. He plays a pivotal role in virtually all aspects of the new business.

Mr. Hagan holds a B.A. in Business and Marketing from Marist College, where he graduated in 1989.

People also listened to this: APTelecom, 9 years of doing business in emerging markets and beyond