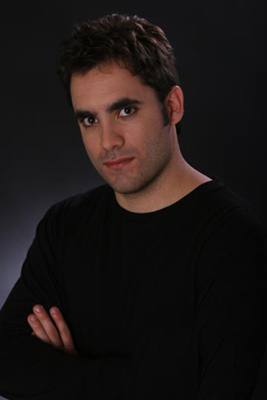 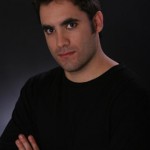 As one of the country’s leading experts in the art of illusion, Michael Grandinetti lives to show people that the world is full of wonders.  In addition to being a world-renowned performer, he is also the founder of “Michael Grandinetti Magic”, a Los Angeles based company that combines the visually stunning techniques of magic with compelling marketing techniques to convey a company’s message and product benefits to customers in a unique, compelling, fun, and, most importantly, memorable way.  His clients have included Fortune 500 companies and major corporations such as Mazda, Hewlett Packard, Grainger, Ernst & Young, The American Marketing Association, Harley-Davidson, Benjamin Moore Paints, Bayer, the Kansas City Royals, and his original designs have been featured from the Grand Palace in Branson to the television series “Paolo Limiti” in Italy. 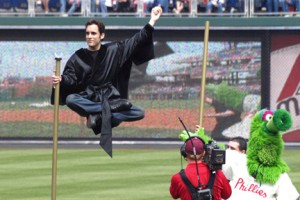 Michael brings an exciting, contemporary, yet relatable approach to his projects, which allow them to appeal to a wide, mainstream audience.  He has been featured on NBC’s “The World’s Most Dangerous Magic II”, “Entertainment Tonight”, ”New York Today”, “FOX & Friends”, “The Bold and the Beautiful”, “Crook & Chase”, and “The Jerry Lewis MDA Telethon”.  He has performed at Heinz Hall with three time Oscar-winning composer Marvin Hamlisch and the Pittsburgh Symphony Orchestra, Grand Central Station and the Javits Center in New York City, Navy Pier in Chicago, the MGM Grand and Foxwoods Resort and Casino in Connecticut, the Fairmont Orchid Resort in Hawaii, and on the red carpet of ESPN’s ESPY Awards held at the Kodak Theater in Hollywood.  Michael was also recently honored to be a featured performer at the White House Easter Celebration.

This past year, Michael performed original illusions in one of the most challenging environments imaginable – sold out baseball stadiums, outdoors, while surrounded by over 40,000 people at both Citizens Bank Park and Kauffman Stadium.

Developing new, custom illusions based on the requests of each client, the company’s core mission statement is that “no idea is impossible, no challenge too great – our job is to make the impossible possible”.  For each undertaking, Michael applies his 20 years of experience along with his vast knowledge of illusion, engineering, and psychological principles to create his illusionary designs.  Then, working with a team of builders who have constructed larger than life effects for David Copperfield, Michael Jackson, and several Broadway shows, Michael guides his creative visions from abstract to concrete, bringing them, and his client’s messages, to life. 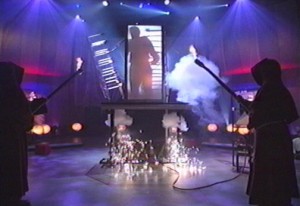