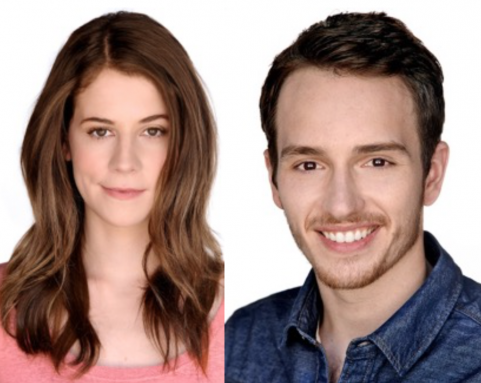 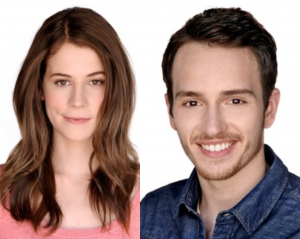 Alison Balnar and Lucas Zaffari, two young and talented actors left their homelands (Alison – Canada) (Lucas – Brazil) to follow their passion of acting and joins Enterprise Radio to discuss their life on the silver screen.

Alison Balnar is a Canadian born actress, who moved to Los Angeles in 2014 to study at the New York Film Academy and pursue her passion for acting.  This 22-year-old talented actress, who is bright and articulate, is quickly making her mark in Hollywood; starring in both independent film (“60 Eight”, “Nexus”) and theatre (“The Graduate.”) She is currently part of the famed improv group, The Groundlings. Alison will also star in the short film, “Bloggers.”

Alison began acting at the age of ten, when she starred as ‘Dorothy’ in “The Wizard of Oz.” This experience created an everlasting love for the craft of acting. In 2012, Alison was awarded the Award of Merit for Performance by the Ontario Sears Drama Festival.

Brazilian born Lucas Zaffari relocated to Los Angeles from Porto Alegre to study at the New York Film Academy and pursue his passion for acting. Fluent in English, Portuguese and Spanish, this talented 26 year old has already appeared in several independent and student movies (“Killing Claire”,”60 Eight”, ”Eva’s Pocket Watch”) since arriving in Hollywood. He has also starred in theatre productions, including “The Graduate.” Lucas is currently part of the legendary improv group, The Groundlings. He recently wrapped a starring role in the short film, “Bloggers.”

Lucas began studying acting in Brazil, where he quickly made a name for himself. He landed his dream voice over gig with “Alla Te Espero”, a Colombian Telenovela. This month, Lucas will be beginning his 4th Telenovela voice over gig for “Somos Famíla.” Other voice over credits include “Piel Salvaje” and “Voltea Pa’Que Te Enamores”, which are South American Telenovelas. Lucas also filmed a starring role in the independent film, “Ódio” in Brazil, which will premiere August 2016.