The first ever Personal Evolution Company, Powerful U 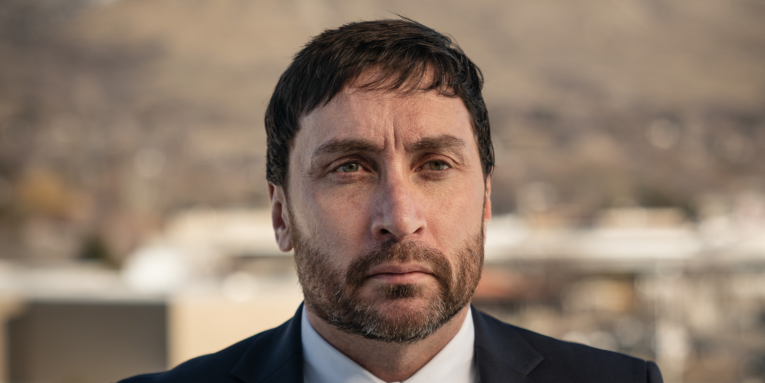 Only two years removed from solitary confinement in jail, James Purpura began his journey into the tech world. In 2007, he took a chance on a small construction software startup called PlanSwift. He quickly ascended to Vice President of Sales and then, a year later, took over as President and became an equity partner is the company.

In 2013, James lead the M & A process to sell PlanSwift to a firm outside of Chicago called Textura. Shortly after joining Textura, James helped the company go public. Over the next few years, James ran four different business units at Textura and played an instrumental role in facilitating a $650 million exit of Textura to Oracle.

James spent six months working as a Vice President at Oracle before negotiating the purchase of his original business, PlanSwift, back from Oracle. Again at the helm of PlanSwift, James quickly led the company to generate sufficient revenue to repay the purchasing costs, positioning PlanSwift as an attractive acquisition target. With PlanSwift firmly established, James negotiated a lucrative sale to a large competitor, allowing him to exit and pursue his dream of creating the world’s first personal evolution company.

Just 15 years earlier, James had hit rock bottom—beaten down by life, with shattered self-esteem. His addictions had resulted in jail time. He was financially, emotionally, and spiritually bankrupt. At the lowest point in his life, he met his future wife and business partner, Steph, and together they pursued a vision of becoming more. Shortly after meeting James, Steph wrote his first resume and taught him how to send an email because, despite the fact that James had started and sold several tech companies, he still struggled, and still struggles, with email.

Along their journey of personal growth and self-improvement, James and Steph saw an opportunity to disrupt an industry which ironically appeared to be perpetually stuck in the dark ages — the personal development industry. As a rags to riches, non-formally educated, successful tech founder with a serious interest in philosophy, James recognized the uniqueness of his position to disrupt the personal development industry for the better.

Together, James and Steph felt an urgency to pursue their life mission to inspire individuals to tap into their unlimited potential and push humanity forward through a personalized combination of philosophy, science, technology, and community. They agreed it was time to launch their next venture, Powerful U – The World’s First Personal Evolution Company. James and Steph and their team have published a book, produced an award-winning movie, developed a game-changing personal perception assessment, and launched the Powerful Universe, a global platform for teaching and learning personal evolution. James has built strong international partnerships and an influencer network that already reaches over 50 million followers. Onstage and on camera, James is compelling, authentic, riveting and has enriched audiences around the world.

Continuing in his philanthropic quest to deliver the best and most effective personal evolution experience to the world, James partnered with leading experts in the field of neurotechnology, and now sits on the board of VitalNeuro, neurotechnology and brain placicity tech startup focused on brain wellness. This proprietary neuroscience-based digital health platform combines the ‘Vital Smart Brain-Sensing’ headphone and a cloud-based mobile app. Together, they deliver revolutionary personalized NeuroguidedTM meditation, focus, and performance training. In just 15 minutes, an individual’s real-time brain activity is monitored and then transformed using sound, music, and visual feedback to help rewire the brain to achieve reduced stress, deep meditation, increased focus, and peak performance. Enterprise and consumer versions will soon be available to help fight the global stress and burnout epidemic.

James lives in Centerville, Utah where Powerful U is headquartered, is married to his soulmate Steph, and has 5 amazing children.