Steve Snyder Author of SHOT DOWN 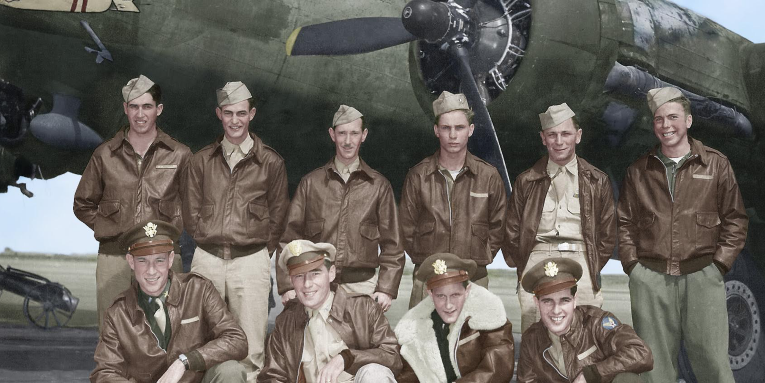 Steve Snyder, immediate past president of the 306th Bomb Group Historical Association and author of SHOT DOWN: The true story of plot Howard Snyder and the crew of the B-17 Susan Ruth joins Enterprise Radio.

A graduate of UCLA, Steve Snyder lives in Seal Beach, California. In 2009, he retired from Vision Service Plan (VSP) after a 36 year career working in sales and sales management. He then began his quest to learn more about the World War II experiences of his father, pilot Howard Snyder, and the crew of the B-17 Susan Ruth.

It became his passion, and after 4 ½ years of dedicated research, resulted in his book, SHOT DOWN, which has received 25 book awards.  A member of numerous World War II organizations, Steve is immediate past president of the 306th Bomb Group Historical Association. He keeps very busy making PowerPoint presentations to all types of organizations and attending air shows around the country signing copies of his book.

People also listened to this: Entrepreneurship the Disney Way