Make 2018 THE Year When You Achieve Your Best, Highest Self 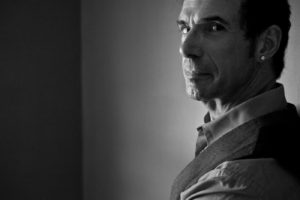 Tom Ingrassia, a wellness and success coach, motivational speaker, award winning author, and radio personality again joins Entrepreneurial Fit Radio to discuss makeing 2018 THE year when you achieve your best, highest self . Tom is Founder and President of The MotivAct Group and Tom Ingrassia Productions.

In 2001–following a successful, 25-year career in higher education administration, Tom re-invented himself as an entertainment and artist manager, fulfilling his lifelong dream of working in the entertainment industry. For the next 7 years, he worked with the likes of Mary Wilson (The Supremes), Arlene Smith (The Chantels), Barbara Alston (The Crystals), June Monteiro (The Toys), The Velvelettes, and Carl Gardner (The Coasters, among others–the very people he grew up listening to and idolizing.

In 2008, using his own experiences with radical career transformation as a springboard, Tom formed The MotivAct Group, a personal and professional development training company. An in-demand speaker, Tom travels the country with his motivational seminars–Mental Massage(tm): A Mindful Approach To Achieve Your Goals and Making A Difference Begins With YOU…So Live Into YOUR Dreams!; and pop cultures lectures–Motown and The Civil Rights Movement and Girl Power: The Supremes As Cultural Icons.

In 2013, Tom and co-author Jared Chrudimsky published One Door Closes: Overcoming Adversity By Following Your Dreams, which was named the Best Self-Help Book by the New England Book Festival. One Door Closes is being made into a feature documentary film in 2018. Tom published his second book–Reflections Of A Love Supreme: Motown Through The Eyes Of Fans–in 2015. It was named Best Music Book of 2016 by the National Indie Excellence Awards.

For the past 4 years, Tom has hosted The Motown Jukebox on radio station WCUW 91.3FM in Worcester, MA (www.wcuw.org). He was named Best Radio Personality in the 2014 and 2015 Landmark Readers’ Choice Awards. Tom is living, breathing proof that dreams DO come true. His motto is, “Learn from the turtle–it only makes progress when it sticks its neck out.”

People also listened to this: NaturallySweet Desserts Is Becoming A Pioneer In The Vegan Industry

The views, ideas, thoughts and opinions expressed on any program are those of the persons appearing on the program and do not necessarily reflect the views and opinions of The Entrepreneur Podcast Network – EPN.