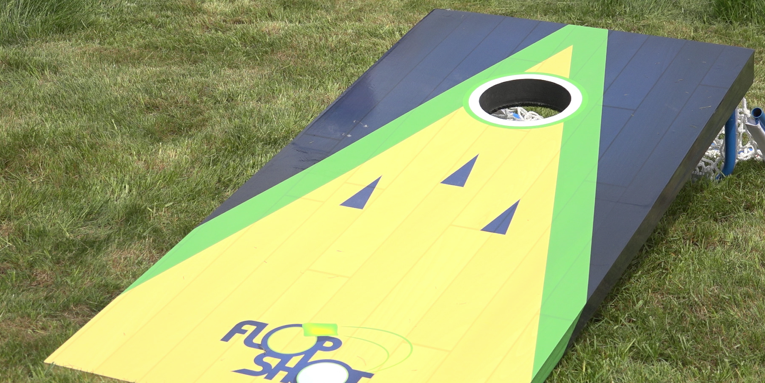 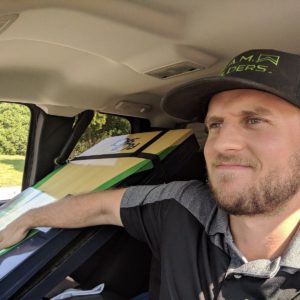 Austin Maginnis, Inventor and Founder of FlopShot, a new product that combines cornhole AND golf joins Enterprise Radio to discuss the invention and the journey to date.

Austin grew up playing golf with his parents and older brother at a local 9-hole course in Nora Springs, Iowa. Austin started playing at a young age and had an itch for always trying new shots and messing with different types of swings. He claims to be “good” at golf but not “great” and he attributes his shortage of golf grateness to his temperament and lack of focus on the course. He blames is temperament on his father and his lack of focus due to growing up on a 9-hole course. He claims his first 9 holes are often flawless but his last nine are far from it (drinking while playing usually doesn’t help).

His idol growing up in the golf world was Phil Mickelson who is king of the “flop shot” hence where he got the name for this product. Phil, (AKA “Lefty”) also stood on the same side of the ball as Austin which he obviously identified with. The older Austin got the more he enjoyed the after-the-round banter. He’d have chipping and putting competitions with his brother and golf buddies. He’d place bets on beating them on the practice green instead of beating them on the course and he was pretty good at it. 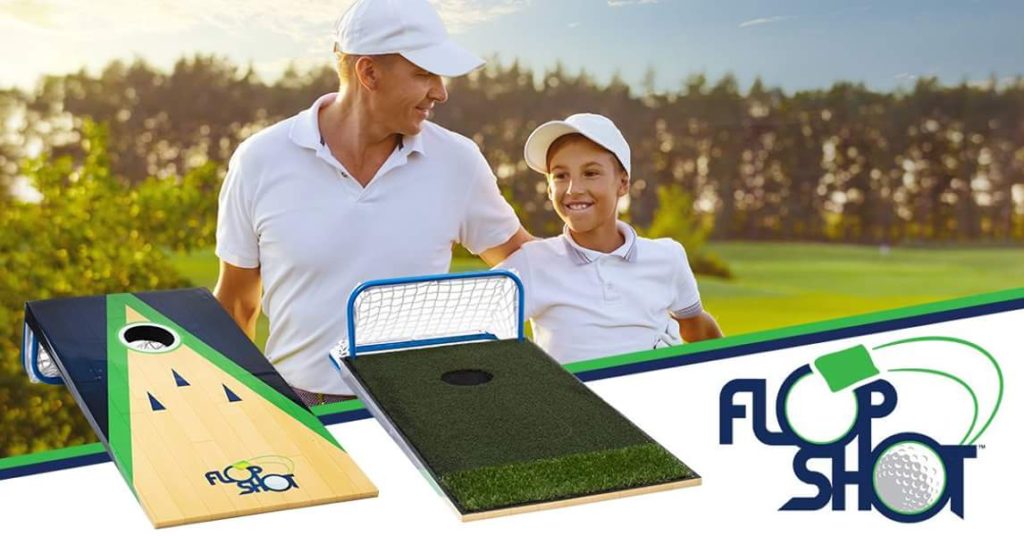 Eventually the golf course club house got a bags set and the bets moved from the practice green to the bags boards. It was at this time that Austin developed the idea for Flop Shot so he could hustle his buddies at both bags and golf making Flop Shot the ultimate club house accessory as well as creating the ultimate product for tailgates and backyard barbecues. You can also check golf GPS watches at US Golf Pro.