How Vortex Tubes Are Better Than Other Cooling Devices 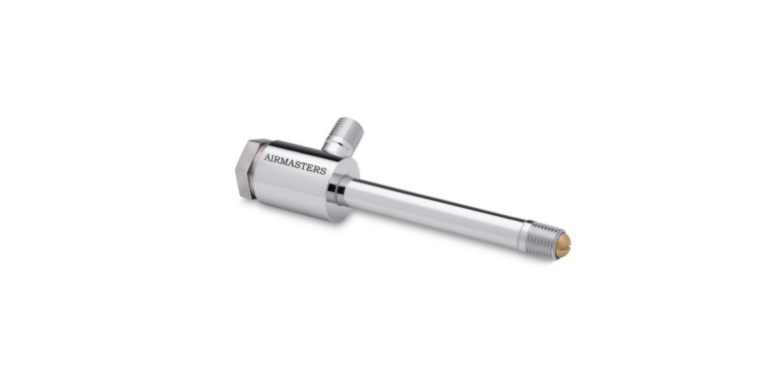 The vortex tube is a simple device invented in 1931 by French physicist Georges J. Ranque. Such tubes were later used to perform isotope separation in what is known as the Helikon vortex separation process, by Paul Dirac in 1934. They also found some applications as air conditioners on commuter trains. Their use for industrial cooling has become widespread in many specialized applications, including even clothing.

A vortex tube is a small, simple device that uses compressed air for its power and working fluid. It delivers cool air which removes excess heat by convection. Although they can be designed to use liquid, by far the most common format uses just air. They have no other moving or mechanical parts and hence are extremely reliable. High pressure air is pumped in tangentially to the tube where it enters the swirl chamber near the middle. The resulting rotation causes the warm and cool air to separate. Reaching as high as 1,000,000 RPM, the spinning hot air is allowed to escape from the edges of one end of the tube, which uses an internal cone as a control valve. The remaining cooler air then goes the opposite direction and exits at the other end. Commercial vortex tubes intended for industrial applications will regularly produce a temperature drop of up to 70 degrees centigrade (50 Fahrenheit). In some situations, they are the only type of cooler that can produce the required temperature drop.

Vortex coolers have several advantages over other more common cooling systems like fans, heat pumps or air conditioners. The primary advantage is that they have no moving parts so they never wear out or break down. Twenty years of continuous trouble-free operation is common. No mechanical parts means no risk or cost for repair or replacement of parts. It also means they never create any particles or contaminants from worn parts. This lack of breakable parts saves not just large sums of money but also avoids lost time due to shut downs or failures which are often the most expensive part of a cooling plant failure. That also means there are no cascading failure modes caused by overheating of the equipment being cooled.

Because they have no coolant fluids, they also can never leak. Refrigerants like Freon are both dangerous for people and damaging to the ozone layer of the atmosphere, which is why large amounts require special handling and licensed personnel. Vortex tubes avoid all that difficulty, risk and associated costs.

They also need no electricity. So in addition to having no extra cost for operation there are also no additional loads on existing power systems, and therefore no possibility of tripping breakers that might affect other operations. Having no need for electrical support also means they have no supply wires to get in the way, so they are often better in messy or cramped environments. No electricity also means they have no shock hazard for people or equipment, and can’t short out due to a humid or wet environment. They also can’t fail for loss of electrical power.

For some applications, the lack of electrical components makes them absolutely necessary. No motors means they also have no radio-frequency emissions or electromagnetic interference on the power system. Thus they won’t disrupt delicate circuitry, sensing or signalling operations, nor can they damage other equipment connected to the same power line.

Because they have no moving parts to get fouled by airborne particulates, vortex tubes are often far superior to traditional air conditioners in dirty, oily or dusty environments. Compressors and bearings wear out quickly when airborne contaminants like metal filings or paint penetrates their housings. Likewise, filters clog sooner and will need cleaning or replacing more often. Repair of traditional cooling systems usually means outsourcing to specialized technicians which will greatly exceed the cost of merely the parts, as well. Humidity and corrosive substances increase the risk to traditional cooling systems even more, and are found throughout the surface finishing industries, where the necessary compressed air systems are common.

Fans used to ventilate electronic controls panels and cabinets will suck dust into enclosures. There it will often settle on heat sinks, acting as an insulator, making them less efficient. At the same time, dust sticks to fan blades or clogs their bearings thus decreasing the air flow. With time, that extra heat can cause failures even despite the ventilation system. If the environment is oily or has metal particulates, the contaminants can also cause short circuits, which can cost thousands in damaged equipment and especially lost time.

Conversely, vortex systems create positive air pressure inside sealed enclosures. This means they will not only keep dust and other particles from entering cabinets, they can even even blow contaminants out. Of course this requires filtration on the input to the compressed air required for a vortex cooler, but that is nearly universal on industrial air compressors.

Another advantage for vortex systems is that some specialized applications use focused cooling. The output can be positioned so as to direct the cool air at particular areas or the most critical components first. When an enclosed cabinet generates most of its heat from one component, such focused cooling increases efficiency remarkably. Rather than cooling the entire cabinet or piece of equipment, after the heat has already spread around to other parts, focused cooling sends cool air to the hottest components first, which draws heat immediately away from the source. This means those parts never heat up in the first place, greatly decreasing the risk of failure from overheating.

They are also relatively small. Many require a footprint only one tenth the size of more traditional cooling systems like refrigerators with their motors, coils, condensers and compressors. This is why they can be integrated into clothing as a cooling jacket for workers spending long times in hot environments.

While vortex coolers do require a source of compressed air, such systems are ubiquitous in machine shops, chemical and electrical manufacturing locations, food handling areas and even medical facilities. While air compressors are themselves fairly large, the cooler is generally away from the compressor itself, able to be quite small for it’s application.