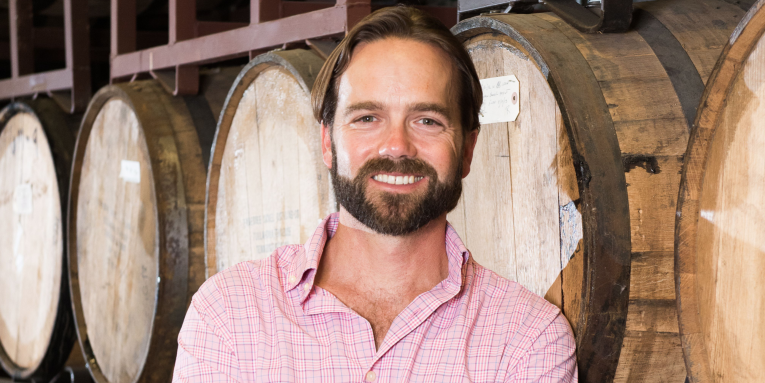 This episode of Enterprise Radio is working in conjunction with the Beverage Industry Channel.

In 2012, Anttila founded Grain & Barrel Spirits, a West Palm Beach-based beverage alcohol company. At home in the Southeast with production and sales partners around the world, Grain & Barrel Spirit is an innovative, emerging company with wholly owned brands including Dixie Southern Vodka which Anttila created from scratch and which won of a 2019 “Rising Star” Growth Brands Award from the Beverage Dynamics magazine; pre-Prohibition favorite Chicken Cock Whiskey, which Anttila resurrected; and Endless Summer Rum.

Last year Grain & Barrel launched Dixie Wildflower Honey in partnership with the Savannah Bee Company and its Charleston-based non-profit, The Bee Cause, which installs observation hives worldwide with the mission to develop future stewards of the planet. On a personal note, Anttila is a board member of Piper’s Angels, a foundation which has raised hundreds of thousands of dollars for the cystic fibrosis community. Their annual Father’s Day event, Crossing for a Cure, is an 80-mile open-sea paddle board crossing from the Bahamas to Florida; in 2018, Anttila made the crossing solo in 16 hours, and he is looking forward to this year’s event.

Anttila’s career began in 2001, as an analyst for J.P. Morgan Chase & Co. Four years later, he found himself in São Paulo, Brazil where he founded Cabana Cachaça, which by 2011 was named one of the top 50 spirits in the world by Wine Enthusiast magazine. From 2015 onward, Anttila straddled the finance and CPG industries, marrying the two through his investment company North End Commerce which holds Anttila’s companies Grain & Barrel Spirits, licensing company Cloudbreak Brands, and food and snack focused Intercoastal Brands.

Anttila attended Amherst College and lives in West Palm Beach, Florida, with his wife and two daughters. In his spare time, he enjoys golf and paddle boarding, and is currently brushing up on Finnish, a language he spoke nearly fluently as a child.

People also listened to this: Engineers & Beers: An Entrepreneur’s Look at the Craft Brewing Industry