Financial options for producers in film and television with TEAM 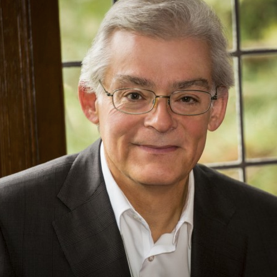 John Vandervelde who is the principal of The Entertainment and Media Finance Group Inc, also known as TEAM that offers financial options for producers in film and television joins Enterprise Radio.

TEAM is uniquely positioned to combine professional financial advisory services with interim/specialized lending for small and mid-sized producers in the $3 billion Canadian film and television business.

John Vandervelde is the principal of The Entertainment and Media Finance Group Inc. (“TEAM”).   Bringing over three decades of experience from multiple areas within the entertainment field, John has diverse experience in business, finance and production. John has gained extensive knowledge of production and corporate finance/banking, production structuring, financial reporting, treasury operations, cash management, budgeting and business development, which has allowed him to be known as an entertainment expert.

John is a Chartered Accountant, Certified Management Accountant and Chartered Corporate Secretary and holds an Honours Bachelor of Arts in Commerce and Economics from the University of Toronto. He is also Director of the Canadian Retransmission Collective and previously served for 20 years as a Director of the Academy of Canadian Film & Television.