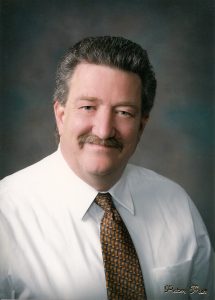 David T. Newman was born on November 29, 1959 in New Orleans, Louisiana to Mr. B.P. Newman and Mrs. Peggy Newman.  Although, born in Louisiana David has called Laredo home and has lived here most of his life.  He attended United High School from which he graduated in 1978 during his years there he learned valuable lessons through participation in football, basketball and track.

David married Lulu on June 25, 1988 and together they have shared a life for the last 26 years.  In these years, they have been very blessed especially with the birth of their children Brian 23 and Lindsay 19.

David started his career with B.P. Newman Investments back in 1986 in the restaurant business with POPEYES and worked his way up making partner in 1990.  Always striving to learn the business from the inside out he spent  his formative years working in all positions in the restaurant and moving up to Assistant Manager, Manager, Area Manager, and Director of Operations.  In his current position as Vice President, he oversees 33 Church’s franchises located across Texas, New Mexico, Louisiana, and Arkansas.

During his years with both brands POPEYES and Church’s along with a talented group of people, the company has received several brand leadership awards. The company has been distinguished as Franchise of the Year, Developer of the year and not to mention numerous Gold and Silver Plates awards.  For the last two years, under his tutelage Church’s Chicken has awarded the company with three franchise pillar awards for Operations Excellence and Profitability.  David has served on the Church’s Independent Franchisee Association for the past 16 years in which he has presided as President for two of those years.  At present David is on the Church’s Chicken Supply Chain Board as well as the Product Development Committee.

Always the civic-minded individual he is David has previously lent his talents to the Board of Directors of the South Texas Workforce and Habitat for Humanity.  Presently he sits on the Board of Twin Dolphins HOA, Laredo Stroke Support, and serves as the Chairman of the Laredo Chamber of Commerce.  In his efforts to support higher education, David is working with the Texas A&M International University in conjunction with Church’s corporate headquarters in the development of an Internship Program in addition to some leadership programs.

Moving forward, David and Lulu are committed to helping improve their community through pet adoption and supporting stroke victims. 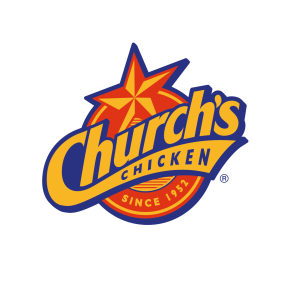