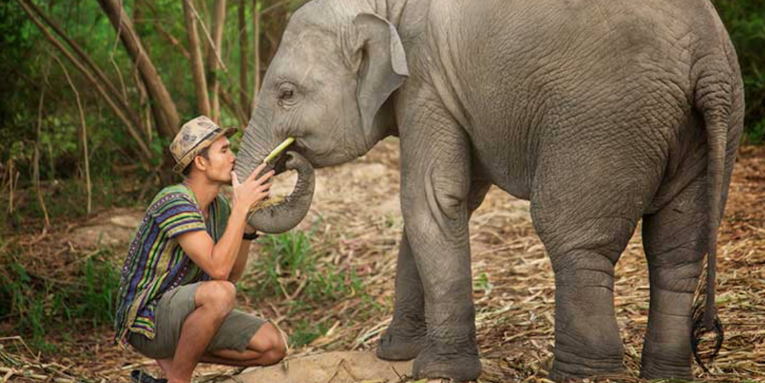 Ever since the elephant’s involvement in the logging trade of Thailand can to an end in 1989, there has been a gradual, but welcome trend towards Thailand’s ethical elephant treatment.

Logging began in the teak forests of Thailand in around 1896. The industry became a significant source of revenue for the country until the 1980s when the government took steps to limit the effects of the deforestation that was taking place. With the total ban on logging enacted in 1989, the domestic elephants of Thailand suddenly found themselves out of work along with their mahouts and owners.

They were soon enlisted into the tourism industry with ‘howdahs’ or saddles able to carry as many four people fitted onto their backs. While this industry is still a common sight in Thailand, it’s falling out of favour with conservation-minded tourists around the world.

Elephants who have been subject to working in this industry have suffered debilitating injuries from being forced to work from sunup to sundown carrying tourists on their backs in the hot sun. The elephant’s spines were not designed like a horse. They should never have been used like horses, and they suffered for years until the digital age began to be responsible for a global change in attitude towards this type of treatment. 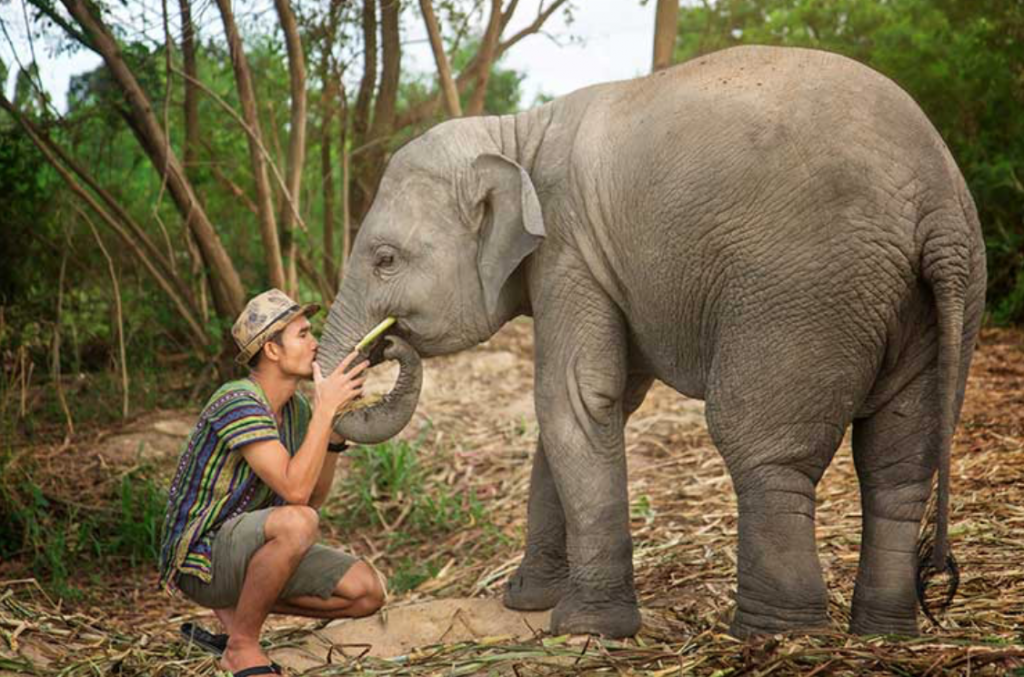 Internet Comes to the Elephant’s Rescue

The popularity of the internet and social media is helping rid the country of these elephant riding camps. Social media has proven to be a powerful tool in conservation. By spreading the word of the unethical treatment of Thailand’s elephants in these riding camps, they are starting to receive fewer visitors and slowly die out.

Faced with the loss of income and the need to feed and care for the elephants, many elephant owners have begun releasing their elephants into the care of sanctuaries and nature parks. These nature parks are places where tourists can interact with the elephants, without subjecting them to any harm.

But now, the conservation movement has a responsibility to monitor this growing phenomenon of elephant nature parks to ensure they maintain the health and well-being of the elephants.

There are elephant “nature parks” who advertise elephant rides as part of their elephant “experience”. These parks are hiding the fact that it’s business as usual to gain the favour of tourists. Yet, they’re not doing anything to ease the suffering of the elephants in their care.

The conservation movement used social media to increase awareness of the tourists of the world to the suffering that elephant riding causes to Thailand’s elephants. It’s now up to this same movement to use social media to ensure that these parks are genuinely sanctuaries and are operating as ethically as they appear to be on the surface.

You can help monitor these elephant nature parks by not supporting ones that are reported to be treating their elephants unethically. Once they are driven out of business by a lack of revenue, the elephants of Thailand can finally live their lives in peace.