The hardest thing about being in a band! 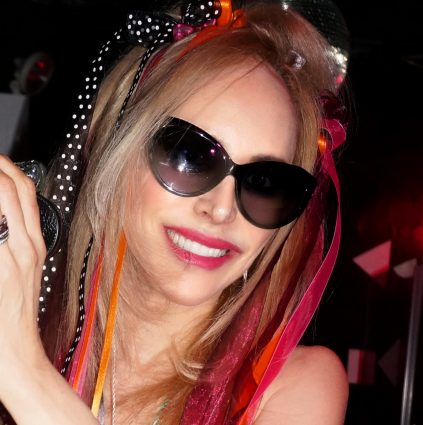 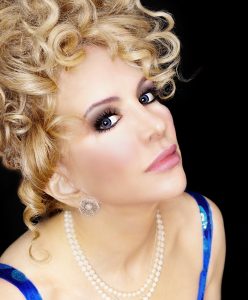 Karena Reiter, a talented rock vocalist and veteran music journalist of the band The PrimaDonna Reeds, a New York-based rock band that has forged a masterful production of timeless, upbeat tunes joins the eMusician Podcast Show.

Their 12-song album, “Red Stilettos” is an unforgettable experience of all original rock and roll presented by an extraordinarily talented 6-piece band of musicians.

The PrimaDonna Reeds is a New York rock band formed by JC Ryder, an accomplished flamenco and rock guitarist, and Karena Reiter, a talented rock vocalist and veteran music journalist and promoter.

The band came together after a few versions of the line-up and started gigging at the usual L.E.S. clubs. A longtime dear friend of Karena’s, Luigi Scorcia, a respected actor, was at the first show and every show after that. Luigi is a highly accomplished guitarist who traveled the world as Johnny Thunders’ bassist after a stint with his Max’s mainstay band, Luigi and The Wiseguys. He immediately saw the band’s potential; Luigi signed on as the band’s producer and used his well-heeled network to fast-track The PrimaDonna Reeds into the studio.

The PrimaDonna Reeds debut release, “Red Stilettos” is co-written by JC and Karena, and features an upbeat pop/rock vibe fused with flamenco, funk and blues influences that coalesce into a fresh sound unlike anything else on today’s music scene.

The title track, “Red Stilettos” is Karena’s rocky wild fantasy of searching for her lover “runnin’ wild in red stilettos, lookin for my baby…”, while Cell Phone Funk is a tongue in cheek parody of cell phone users being oblivious to their surroundings, lovers, nature, etc. “Lookin at your phone, leave that thing alone, a kangaroo’s escaping from the zoo.”

JC’s song, “Say You Love Me” is loosely based on the flamenco form “Tarantas”, and fuses flamenco harmonies with rock rhythm and instrumentation.” Come to Me” and “My Heart’s On Fire” are funky, sexy songs incorporating Latin and jazz/pop influences. “Queen of the Night” is a rap rock dance number with brilliant horn playing by guest artists Satish Indofunk on trumpet and Danny Ray on sax.

The sweet ballad, “All the Time in the World” is Karena’s love song to JC and has a rock/country feel with some Celtic influences. The album is rich in musical content, with beautiful melodies, unexpected harmonic structures, and complex rhythms. 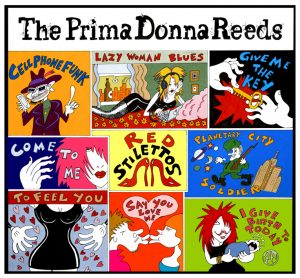