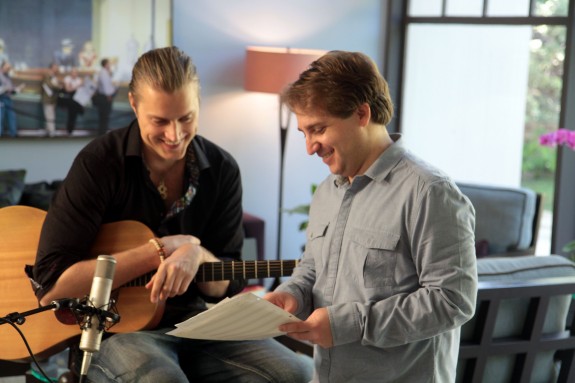 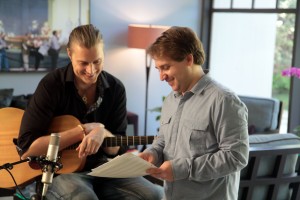 Sam and Michael met while working at Remote Control Productions (2008-2012) and both left together to join the team at Cinesamples. During their tenure at Cinesamples (2012-2014) developing commercial libraries, they continued producing private sound design and samples for composers including Danny Elfman, Michael Giacchino, Junkie XL (Tom Holkenborg), and Christopher Lennertz. Sam and Michael left Cinesamples to form Sonicsmiths, a company dedicated to providing sound-design based soundtracks, unique sound design tools, and digital instruments.

Sam Estes:
After receiving his master’s degree in Composition and Technologies from University of Colorado Boulder, Sam began his career working for Tom Holkenborg (Junkie XL) as his primary assistant, working on sound design, additional composition, studio music tech, conducting and orchestration. During his years (2006-2008) with Junkie XL,  Sam worked on several films including Blind, and Dead or Alive, along with several video games, Need for Speed: Pro Street, SSX Blur, and the Sims. Sam also assisted Tom on his album (Booming Back at You) and several remixes, including Madonna’s “Seven Minutes to Save the World” that was nominated for a Grammy.

In the summer of 2008, Sam was hired by Remote Control Productions (Hans Zimmer) as the Sample Department Manager (2008-2012). During his tenure at RCP, Sam expanded the department and lead his team in designing sounds for movies such as Angels and Demons, Sherlock Holmes (1 & 2), Rango, Pirates of the Caribbean IV, Inception, Dark Knight Rises, and video games such as Crysis 2, Modern Warfare 2, and many more.

Sam specializes in taking a compositional approach to sound design, and his knowledge of both unusual instrumental acoustics and digital manipulation lends to a never ending supply of new and interesting sonic possibilities. Sam’s musical background is as a woodwind player (bassoon), vocalist, and pianist.

Michael Hobe:
Born and raised in Berkeley, CA, Michael attended Loyola Marymount University, majoring in International Business and Management before he went on to pursue a career in music. Upon earning a degree in audio engineering from the Musicians’ Institute in Los Angeles, Michael joined Remote Control Productions in 2007 and began specializing in sample development. Hobe worked on numerous movies from 2007-2012, including The Dark Knight, Sherlock Holmes (1 & 2), Inception, Rango, Pirates of the Caribbean IV, and The Dark Knight Rises. His fields of expertise includes sampling, sound design, guitar, and other stringed instruments.