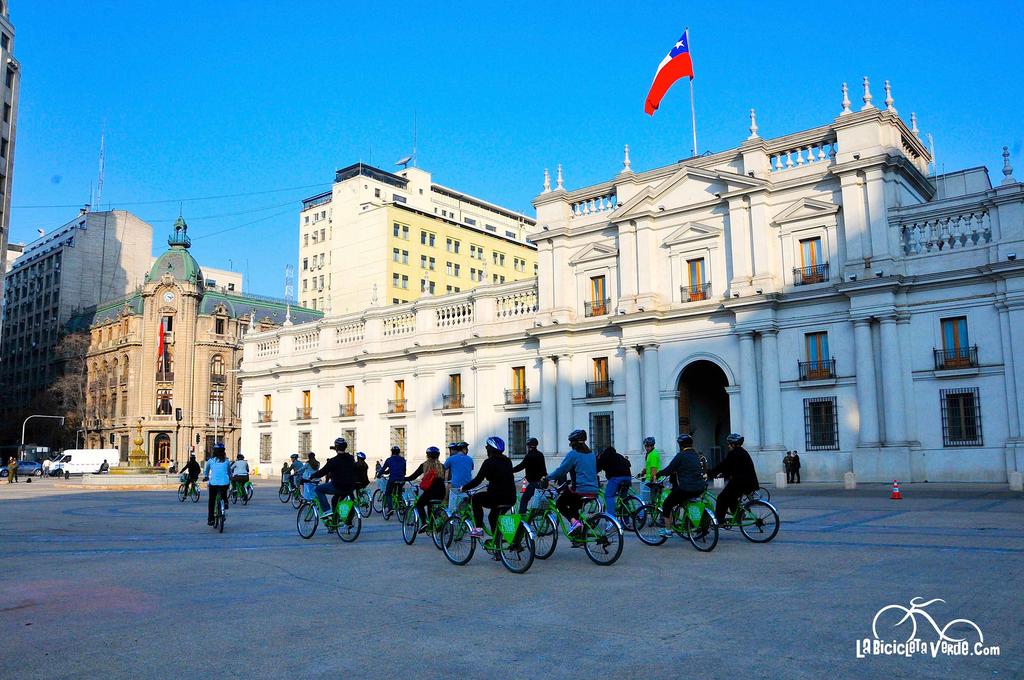 When Peter Murphy Lewis was 20 years old he visited Valparaíso, Chile and immediately fell in love with his surroundings: the people, the food, the culture, the entire vibe of the country. He knew he had to come back.

Lewis is now 34 and has been living in Chile for over a decade and is the co-owner of two tourism companies: La Bicicleta Verde (The Green Bicycle) and Tours 4 Tips. The path he took to get to this point is fascinating, entertaining and inspirational.

Peter Murphy Lewis’ early life was spent growing up in a small town in Kansas, a far cry from Santiago, Chile. After being named valedictorian of his high school he attended a small college just outside of Boston where he got a degree in Spanish and Sociology. When he was 23 he got a Rotary scholarship allowing him to get a masters degree in the country of his choosing. Guess what? He chose Chile. After getting his masters in International Politics at Universidad de Chile, Lewis was immediately hired by the university to teach US foreign policy in North East Asia and Latin America.

But Lewis wasn’t thrilled in his job as a professor and was looking to make a change. After taking a city bike tour in Buenos Aires in 2007 with his girlfriend at the time, he thought ‘why not do this in Santiago?’ Enter into the picture Joel Martinez, a Chilean with business experience, and the idea behind La Bicicleta Verde was born. On meeting and becoming business partners with a local Chilean, Lewis says “I never thought a cross-cultural business partnership would be this easy”.

The early days of La Bicicleta Verde were not always smooth, and included being forced out of an office, battling with existing tour companies, Lewis having to balance his job as a professor, and struggling to gain significant clientele. 2008 to 2010 was a rocky, up and down period for Lewis, Martinez, and La Bicicleta Verde. While they began to grow and attract tourists who seeked a cool and hip tour, these years were also marked by the global financial crisis, a life-threatening motorcycle accident involving Lewis and the 2010 earthquake that struck Chile.

2010 in fact turned out to be a life-changing year for Lewis; after being hospital-ridden for over 2 weeks with a tumor in his colon, he returned to the United States in April, bought a motorcycle, traveled around the country, and reflected on where he wanted life to take him. He returned to Chile in July of that year, quit his phD and job at the university and decided to devote his full efforts to La Bicicleta Verde. Tourism awards, press, and happy tour customers followed!

In 2011, Martinez and Lewis came up with the idea for their second business: to provide tipbased walking tours in Valparaíso. Lewis began as the first and only tour guide for Tours 4 Tips Valparaíso and on the very first morning, zero people showed up for the tour. But success came eventually, and today Tours 4 Tips gives two tours 7 days a week with an average tour group of 20 people. In early 2012, Martinez and Lewis replicated the Tours 4 Tips model in Santiago, where it has been equally successful.

Today, La Bicicleta Verde and Tours 4 Tips provide over 8 daily tours (over 56 a week) between the two cities and vineyards, where La Bicicleta Verde also operates. They have received multiple tourism awards, TripAdvisor Certificates of Excellence, coverage in the New York Times, and have even served Sir Paul McCartney with a green bicycle!

The past decade has been full of learning for Lewis: how to enter the tourism industry, how to navigate being an expat business owner, how to promote the tours, how to manage a growing company, and how to keep improving. The key to success, he says, has been “self-awareness, surrounding myself with an intelligent, honest and hardworking team of friends and employees, and working smarter – not harder.”