How Education Can Reduce Global Poverty and Hunger 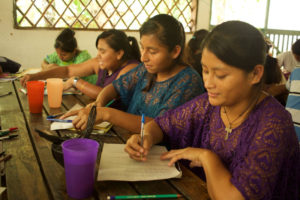 Every 3.6 seconds a person dies of starvation, in most cases it is a child under 5 years old. It is hard to believe that such drastic statistics exists in a world where child obesity is an evolving problem too.

Although humanity has made some progress in defeating them, the extents of global poverty and hunger are intimidating; these are the problems that require further discussions and taking action. The topics are so acute, that they are often assigned as subjects for numerous college tasks, from simple descriptive essays to complicated course works and dissertations. But how to write a descriptive essay on such a delicate topic?

To write a good academic paper about global poverty and hunger one should address the complexity and coherence of these problems. Famine is often thought to be a consequence of some serious economical problems, a result of military operations, or something that inevitably comes with natural disasters. However, poverty and hunger should be estimated together with poor education, gender inequality, ineffective healthcare, weak economics and international affairs. These problems are so closely connected, that they constitute a vicious circle, making it almost impossible to determine, which of them are causes, and which are effects. Naturally, educational problems are not commonly seen as connected with hunger. Nevertheless, education is a factor that plays a significant role in defeating (or spreading) hunger and poverty on numerous levels.

Education is a powerful tool, which helps raising awareness of the problem in developed countries, and contributes to finding solutions in areas, where hunger and malnutrition exist. Even writing a descriptive essay about famine can be a nudge for further investigations of this topic in college, and, eventually, finding possible ways to help.

Every parent hopes that one’s child will get a decent education. A proper schooling gives every individual a chance for a better future, a bright career and vast opportunities. At the same time, no country has ever experienced a continuous and sustainable economic growth if it has not reached a threshold level of 40% of literate citizens. Consequently, more and more countries try to invest into their education. Financing the educational sphere will inevitably result in positive changes in several other fields.

The first thing that is likely to improve soon after funding public education is a nation’s overall health condition. Education helps raise awareness of numerous diseases, including AIDS/HIV. Researches show that AIDS spreads twice as slowly among educated women.

It is a proven fact that women, who have at least six years worth of education, make more conscious choices when it comes to labor and child raising. Educated women choose a healthier pre-birth lifestyle, which results in reducing rates of maternal and infant mortality. Moreover, children, who have educated mothers, are twice as likely to live to the age of five. In addition, mothers, who received basic education, are twice as likely to vaccinate their children, which will prevent them from further dangers of living in poverty.

Another problem is that in some developing countries, even if a child is born healthy, one is at a risk of suffering from malnutrition. It is therefore quite essential to explain the children’s needs for women and inform them about the ways they can cook healthier balanced meals for their families.

Providing basic education for an entire population is a huge investment, but it is definitely going to pay off in future as a huge economic booster. The thing is that each year of extra schooling can result in 10% salary growth further in life. Not only that education is preparing valuable workforce, it is also shaping the minds, which might soon come up with innovative solutions for the vital problems of their regions. Furthermore, it can encourage people to develop small business and engage foreign investments. Naturally, this will result in decrease of unemployment, and thus, the poverty levels will decline as well.

Recent studies show that the methods that most African farmers use now are less efficient than those used by American farmers 100 years ago. Education could help these farmers rethink their approaches and get more profits, not to mention that it would result in bigger harvests and therefore, fewer families would be starving.

As it was mentioned before, the problems with education are often connected with gender issues. Researches indicate that at this time education grants more benefits to women and girls as compared to boys. Educated women are proved to make better decisions and overall have a higher self-confidence. One of recent investigations, conducted in Kenya has shown that when provided with the same knowledge and resources, women farmers are able to yield up to 22 percent more crops as compared to male farmers.

Furthermore, education positively affects domestic relationships, as educated women are often to wait before committing to marriage and having children. They are also likely to be better mothers and pay more attention to avert their children from dying from preventable causes. Basic education can help women get a higher salary, and consequently increase the income of a family.

Thus far, more than 250 million children are unable to read and count. Although their right for a free education is noted in the United Nations Convention of the Rights of a Child, the reality drastically differs. Many children around the world simply don’t have access to a school, sometimes they have to spend about three hours just to get there. Unfortunately, the approachability of a school does not necessarily make things better. Many of the functioning schools are overcrowded, poorly equipped and don’t have enough qualified teachers. They require significant funding and constant governmental attention.

Education is a life-changing force, which can transform individual lives and the society in general. If education becomes a global priority in development, soon we will see positive tendencies in economy, politics, technology and many other fields.