From Special Forces to Leadership Development 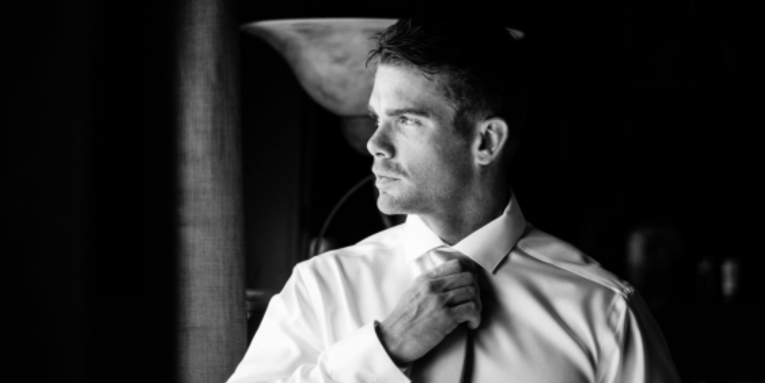 This episode of Enterprise Radio is in conjunction with the Leadership Channel.

Tip: If you want to become a better leader, treat people like family.  Not just the aspect of being nice and caring…but the entire picture.  Look at a parent.  They teach their children, nurture and encourage them, provide motivation and inspiration, and keep them on track.  They do all of this while placing their kids’ best interest before their own.  That is leadership.  Treat people like family and you’ll uncover your natural ability to lead.

When I finished high school, I knew that I didn’t want to go to college right away.  I felt burnt out and needed a break.  I was 18 and needed something adventurous and exciting.  I had a few friends in the army reserves that were older than me and I was always hearing their stories.  Their lives seemed so interesting to me, so I thought, “Hey, I am going to do this too” so I enlisted to join the Military Police.

A year later, I found myself in the same reserve unit as my friends and loved it.  Shortly after, I deployed to Iraq.  I was doing everything from Personal Security Details to Key Leader Engagements to Con Air (detainee transportation across the country).  When our deployment was over, and we got back home I started feeling complacent.  I wasn’t happy in my unit anymore and wanted to do this full time.  I was bored and wanted to move up and test how far I could go.  I knew that if I stayed where I was, I would have a ceiling over my head that restricted me from going higher.

I made a decision to reenlist, change my occupation, and go active duty infantry.  I had my sights set on Special Forces and anything less for me was a failure.  Choosing to do this meant I had to go to Basic training all over again.  Fast forward 1.5 years and I found myself in Special Forces Assessment and Selection and later the Qualification course.  I don’t think my will and spirit has ever been tested as much as it was there.  Physically, everything was easy, but the mental stress was a whole separate beast and I learned a lot about who I was as a person there.

Never the less, I passed and earned my green beret.  After graduation I went on to HALO school and then I was assigned to ODA 7324 in Florida.  For the first time in my life I was around a group of people who I could completely relate with.  Not only that, but I was the newest person and probably the worse at everything and I loved every second of it.  Most people would hate that situation but being the worse meant two things to me.  1) I was surrounded by people who I had a lot to learn from and 2) I had big targets to aim for.

The first big turning point in my life though was joining that team.  I had met so many people along the way that were influential, but nothing compared to this.  The two people who shaped the way I looked at things, how I understood others, and ultimately the ones that helped mold me into who I am today, were the leaders of the team.  Javi was our team sergeant and Pete was our Team Leader.

Despite all of the advanced leadership schools I had been too, nothing compared to what I took away from my time with them.  Rather they knew it or not, they provided me with invaluable life lessons of how to lead and treat people.  It was an honor to be under them and learn from them for 2 more deployments.

Right before my second deployment, I started talking to a girl I knew since I was 14.  We were best friends for years, but little did I know, Heidi Shultz would be my future wife.  I think there was a bigger force working to bring us together again because I was going to lean on her a lot for the things to come.

Into my second deployment, I started getting sick.  I was told that I was no longer deployable but could stay in if I took a desk job.  No way.  I didn’t go through hell just to take a desk job.  It was all in or nothing.  As time went on, I was eventually medically discharged and retired from the Army.

I knew this day was coming so I had started preparing my exit plan ahead of time.  I enrolled in college full time online through Penn State while I was still active duty and I started earning my degree in Cyber Security.

When my discharge was complete, my wife and I moved back to West Virginia to be closer to family.  I felt completely lost.  I went from being Special Forces, jumping out of planes, late nights, early mornings and never being in the same place for more than a month or two to being a full time student that never left the house and felt isolated from the world.  Down time became my enemy.

As time went on, I decided enough was enough.  Everything happens for a reason and I was determined to find that reason.  While I was in school, I started finding new passions. I started studying the stock market, I learned more about computers and I started reading a lot.  One day, I came across the book “10x” by Grant Cardone.  Hearing his story, his thoughts and his outlook changed the way I looked at life.  It instilled a motivation in me that couldn’t be stopped.

I was determined to be successful and nothing would get in my way. I told my wife all of this and I think she saw the light that was dim for so long inside of me finally blaze like fire.  Needless to say, she was happy and supported my dreams 100%.

I started taking inventory of my skill sets and what I could do well.  At the end of the day, my mind always came back to leadership.  I loved people.  I loved pushing them to be better.  I loved diversity and I loved getting a group of people from point A to point B as efficiently as possible.  All of this was so easy and natural to me, although it wasn’t at first.  It took years of experience leading people from different countries, in different languages, failing, and learning from my mistakes for leadership to eventually become easy.

Leading people became my “reason” for why everything had happened to me.  I believe I filled my purpose of being a Green Beret because the bigger plan for me was to learn from my experience and use it to develop people into leaders.

Heidi and I had our daughter, Ava, in August who is now 8 weeks old.  While my reason for doing everything is the same, my motivation has been taken to the next step.  I want to develop everyone that I can into leaders and now, it starts in my own home.  Ava will see what hard work looks like.  She’ll know what it means to have dreams and goals, and she’ll be encouraged to be whatever it is that she wants to be.  She’ll experience diversity and learn how to put others first.  As the saying goes, “Practice what you preach” and that is one of my life mottos.

People also listened to this: Growing Your Business in 2019