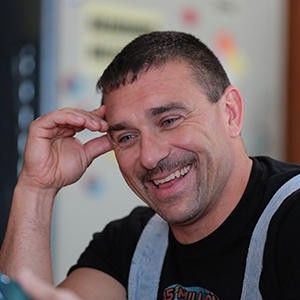 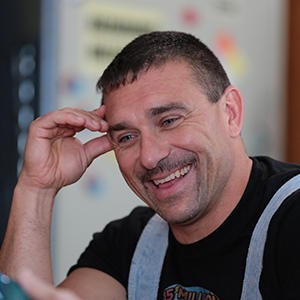 Jonah White the Founder of Billy Bob Teeth and CEO of a multi-million dollar gag-gift empire, called Billy Bob again joins Enterprise Radio. He talks about goals we can set as entrepreneurs to meet our second quarter goals.

Jonah White is the founder of Billy-Bob Teeth Inc. Jonah was born to a pair of rebellious, peace loving activists who met after being arrested for protesting a nuclear testing project. Having grown up on a Native American reservation, Jonah’s father taught him a deep appreciation for nature and how to live off the land that surrounds you. Jonah’s family lived paycheck to paycheck, which forced him to make do with very little, but also shaped his drive to succeed.

After a career playing football at Missouri State and graduating with a degree in Biology, Jonah was not drafted into the NFL and was left unsure where his life would take him. He returned to his parents’ land and took up residence in a cave as a way to clear his mind. After spending time in nature, Jonah decided to emerge in order to speak to the community about his love for football.

During a visit to his alma mater, Jonah met sophomore dental student Rich Bailey who was wearing a pair of fake teeth that he mocked up in class. Jonah marveled at the way this simple gag caused peoples’ faces to light up with glee. Jonah knew he had stumbled upon something great and the Billy Bob Teeth Company was born.

In 1996, Jonah was on a trip in Australia selling early versions of the Billy Bob Teeth, when he met his bride to be, Renee (who he refers to as his Honeybuns) at a pub. Initially Honeybuns didn’t want anything to do with him, but after continued persistence the couple fell in love and moved back to the United States. Together, they have turned the Billy Bob Teeth Co. into an international gag gift empire. Despite being a millionaire at age 27, Jonah couldn’t imagine living anywhere other than the same small town he grew up in.

When not meeting with aspiring inventors or coming up with the next million dollar gag item, Jonah likes spending time outdoors with his four children. Together, they have over 200 exotic animals that they care for on their 1,400-acre ranch. Jonah’s favorite is his female black bear, Nibbles, but he is also quite fond of his new baby zebra. Jonah cannot recall a single day that he has slept past 7am.