Covestor Radio – Episode 1: The current state of charitable giving in the U.S. 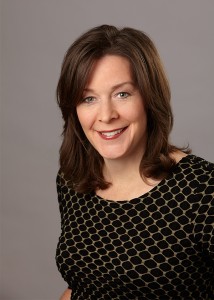 Kimberly Clouse, Covestor’s Advisory Board Chair joins Covestor Radio to discuss the subject of charitable giving. Covestor Radio is a show about money milestones and investing for your future and brought to you by Covestor, an online marketplace for investing.

1. People often think about giving to charities at year-end, around tax time and at mid-year. What’s the current state of charitable giving in the U.S.?

2. How much do most people give to charity?

3. To what causes do most people give?

4. What is the best way to fund charitable gifts?

5. One final thought on todays topic?

“What you keep for yourself, you lose. What you give away, you keep forever” — Axel Monthe

Kimberly Clouse is Advisory Board Chair at Covestor, a registered investment adviser and an online marketplace for investing.

She previously served as Managing Director at Athena Capital Advisors and Chief Executive Officer at Hale and Dorr Wealth Advisors. Earlier in her career, she worked for United States Trust Company, J.P. Morgan and Goldman Sachs.