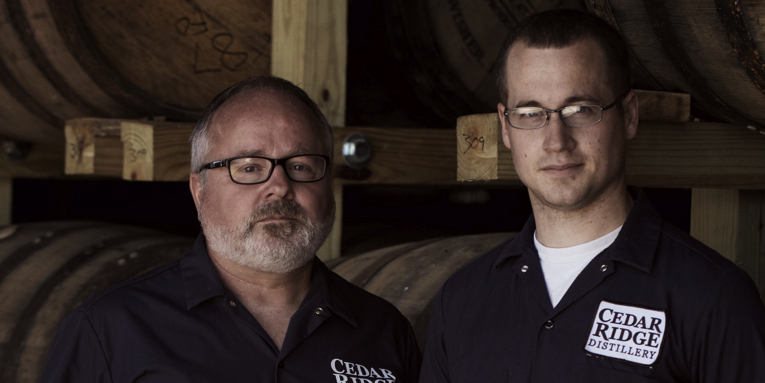 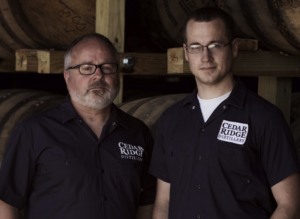 Jeff Quint, Owner and Founder of Cedar Ridge, the reigning “Distillery of the Year” as named by the American Distilling Institute joins Enterprise Radio.

Born and raised on a farm in Eastern Iowa, Jeff grew up learning and living the values associated with a large family, hard work, and managing small business.

Upon graduating from the University of Northern Iowa with a BA in Accounting and a freshly earned CPA certificate, Jeff moved to Minneapolis to join a large public accounting practice. A year later he married his high school sweetheart, Laurie, who joined him there. After several years in Minneapolis and shortly after their first son, Murphy, arrived, Jeff and Laurie decided to move back to their roots in Eastern Iowa.

Over the next couple of decades, Jeff was involved with several companies (two of which he co-founded) as their Chief Financial Officer or Executive VP. In 2003, Jeff and Laurie started Cedar Ridge, which is now the largest craft distillery in the state, producing four barrels of whiskey per day and reigning as American Distilling Institute’s “Distillery of the Year.”

Jeff is the ninth generation of Quint family farmers and distillers.  His great-great-great-great-great-great-grandfather, Johann Jakob Quint, settled in Wintrich, Germany in the early 1700s to open a cooperage and winery on the Mosel River; Weingut Quint is still there today. Jeff’s great-grandfather, John Quint, migrated from Wintrich to Eastern Iowa in 1881, bringing his trade and skills with him. Jeff’s father, Howard Quint, taught Jeff the process of harvesting and pressing apples from their small family orchard, then making that fresh juice into wine and brandy; Howard’s old press and copper pot still are on display at Cedar Ridge today.