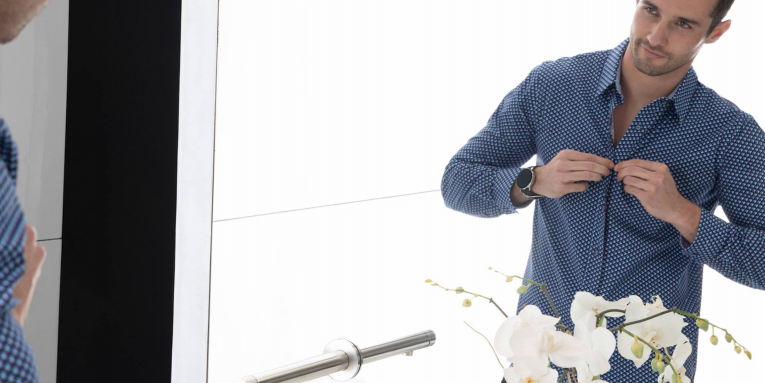 Buttercloth Founder, Danh Tran is proof that dreams really do come true. In 1994, his family immigrated to California where he later took fashion classes at a local college and landed a job at Mattel – designing clothes for Barbie. When he had saved enough money, he enrolled in his dream school, Otis College of Art and Design. After graduating he was recruited by 7 for All Mankind, then House of Howe (Union Bay), and later Affliction Clothing, where he was Head Designer for 10 years. As someone who hated wearing dress shirts, he set out to make a dress shirt that felt like his favorite t-shirt. Using a special blend of 100% long fiber cotton and a unique manufacturing process, he developed a profoundly soft fabric he named “Buttercloth.”  Buttercloth’s explosive growth online also caught the attention of ABC’s Shark Tank, and Danh was invited to the show. In October 2018, viewers watched Danh make a $250,000 deal with investor Robert Herjavec who is helping to grow the Buttercloth™ brand worldwide.

People also listened to this: Delving into Sustainable Kitchens and Interior Joinery