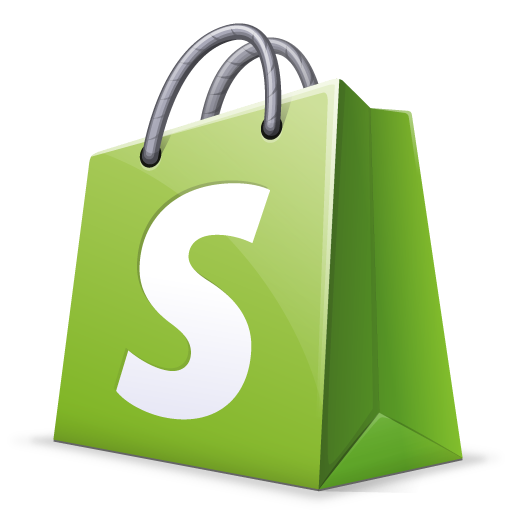 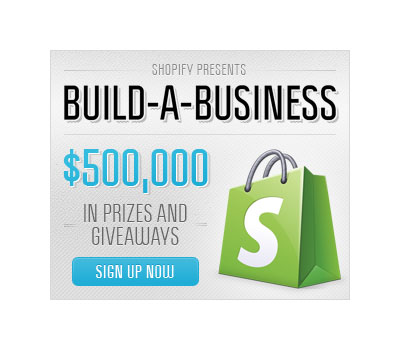 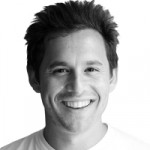 Ottawa, Canada, September 3, 2011 – Shopify, (www.shopify.com) the online SaaS eCommerce platform second annual Build-A-Business contest continues through December 31, 2011. The company is offering over $500,000 in prizes and giveaways to inspire entrepreneurs to start an online business. To provide entrepreneurs with additional support, Shopify has teamed up with industry titans Seth Godin, Gary Vaynerchuk and Tim Ferriss to provide ongoing advice, education and encouragement to contestants. The concept is simple: think of something to sell, create an online store, and then build your business.

Participants can sign up any time as long as they’re selling for at least two months. The store that has the highest grossing two months (non-consecutive) wins the grand prize, with six $20,000 prizes awarded to winners from designated categories: Apparel and Jewelry, Food and Health, Sports and Hobbies, Art and Photography, Home and Office and Other.  Because of Shopify’s easy-to-use platform, previous technical or eCommerce experience is not needed.

“The prize money is significant, but don’t forget the spirit of the contest: to give a kick in the pants to all those people who have wanted to start businesses but haven’t,” said Tobi Lütke, co-founder and CEO of Shopify. “The real prize is having a business of your own at the end of the contest.”

Shopify, a company that is deeply rooted with entrepreneurial spirit, is committed to helping participants along the way by offering world-class marketing and sales tips through a special Build-A-Business website, which will offer knowledge and insight from partners Seth Godin, Gary Vaynerchuk and Tim Ferriss, and sponsors like Google, MailChimp, and PayPal. Shopify has also built out significant prizes for the winners to help their businesses succeed long after the contest: 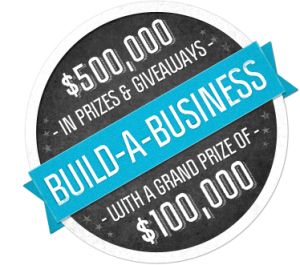 The winner of last year’s contest – which created nearly 1,400 businesses and generated over $3.5 million in combined revenue – was DODOcase (www.dodocase.com), a San Francisco company that makes iPad cases using traditional book-binding techniques. The founders, Patrick Buckley and Craig Dalton, are now running a company with projected annual earnings of $4-5 million.

“Our online store looks so good, and works so well that our cases are flying off the shelf,” said Craig. “Without Shopify, there’s no way we would be where we are today. Shopify is our secret weapon.”

For more details on the Build-A-Business contest, including registration, please visit (www.shopify.com/contest)

Shopify is an online SaaS eCommerce platform that allows individuals to create online stores. The platform currently hosts over 15,000 online retailers, including: Angry Birds, Amnesty International, General Electric, Tesla Motors, Foo Fighters, Beastie Boys, and Evisu Jeans. Shopify was founded in 2006 by two snowboarding enthusiasts who wanted to create a better way to sell their snowboards online. Shopify is located in Ottawa, Canada, and has over 60 employees. On December 12, 2010, Shopify announced the acquisition of $7 million in Series A funding from Bessemer Venture Partners, FirstMark Capital, and Felicis Ventures.

American Way Magazine calls him, “America’s Greatest Marketer,” and his blog is perhaps the most popular in the world written by a single individual. His latest book, Poke The Box is a call to action about the initiative you’re taking — in your job or in your life, and Seth once again breaks the traditional publishing model by releasing it through The Domino Project.

Gary’s cult-like following is the result of his unconventional, often irreverent commentary on wine, combined with his business acumen and foresight to use social media tools like Twitter, Facebook, and YouTube to reach an untapped audience. In The Thank You Economy, Gary reveals how companies big and small can scale that kind of personal relationship using the same social media platforms that carry consumer word of mouth.

Forbes Magazine’s “Names You Need to Know in 2011”, Tim is an angel investor (StumbleUpon, Facebook, Digg, Twitter) and author of the #1 New York Times, Wall Street Journal, and BusinessWeek bestseller, The 4-Hour Workweek, which has been sold into 35 languages. Tim helped launch Shopify’s first Build-A-Business Contest in 2010 and is an advisor to Shopify.

Harley Finkelstein, JD, MBA, started his first company at age 17 while a student at McGill University and has been building companies every since. Harley completed his law degree and his MBA at the University of Ottawa, where he co-founded the JD/MBA Student Society and the Canadian MBA Oath. Additionally, Harley serves as a mentor and advisor to a number of Canadian-based entrepreneurial organization.

1. What makes Shopify different than the rest of eCommerce platforms?
2. Why did you go with a contest?
3. What do the participants get out of it?
4. How are the numbers for the contest so far since we have last spoken?
5. And you’re giving away some other amazing opportunities too?
6. What kind of stores have done well and do well in the contest and on Shopify in general?