AR or VR Gadgets and which ones should you get? 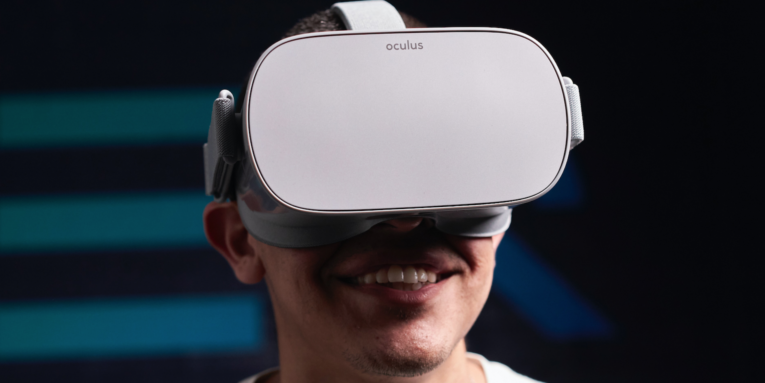 Virtual and Augmented Reality play a remarkable role in the lives of tech enthusiasts, thanks to their ability to alter the view of the surroundings. Both the technologies are highly similar yet different at the same time. The basic similarities include their fundamental design and features. AR and VR have been designed to enhance the present experience for the user by either entirely taking over the current reality or adding to it to make it more eventful.

Photo by Justin Doherty from Pexels

While both the hardware gained popularity for the ‘other-worldly’ experience it provides its users, their use has extended to various industries. From serving as mere playthings for the enjoyment of tech-maniacs, both AR and VR are widely used in operations across several sectors like corporate markets, hospitals, hotels, etc. The difference between the two is striking. While you can benefit from both simultaneously, it is wiser to understand which one caters better to your needs. Unless you are employing either of the technologies for industrial use, they can be too costly for leisure use.

Let’s dive into a brief overview of augmented and virtual reality, which would help you recognize which technology best suits your requirements.

Virtual reality applications provide the users with an alternative reality by replacing the surroundings with an artificially developed digital environment. VR gadgets like headsets impact the user’s visual perception and modify it to the user’s liking. Additionally, its design allows the users to enter a human-made yet the artificial world and interact with it. It explains why people enjoy using various gadgets like spiritshack as it enables them to experience unapparent phenomena.

In the present times, tech users would opt for convenient gadgets, even if it requires paying extra bucks. Standalone headsets, also known as portable headsets, do not require any secondary connection to work. Standalone headsets enhance the VR experience for the users by granting the user access to another world.

It utilizes wireless technology to connect to a portable device, for instance, a smartphone, to provide the virtual reality experience. Surprisingly, standalone headsets are more affordable than the other types of VR devices. It is because these headsets offer virtual reality experiences to a certain degree. Some of the most popular VR gadgets like Google Daydream, Google Cardboard, and Samsung Gear VR work this way.

As the name suggests, PC-connected VR headsets require a connection to a computer to generate a high-quality virtual reality experience for the user. Unlike the former type, PC-connected provides a more detailed and realistic digital environment using modern computers’ high processing powers.

When it comes to alternate reality technology, virtual reality has garnered all the attention and buzz. In contrast, the augmented reality remains a mystery for most tech users. Besides, the augmented reality provides a more realistic alternate reality experience, even more so than VR. That is because, unlike VR, Augmented Reality uses technology that merely adds to the current environment to enhance the experience by influencing the user’s ability to observe his/her surrounding atmosphere.

In other words, augmented reality uses virtual objects in the form of documented videos, images, and interactive data to create a real-world-like environment.

There are two ways to use the AR to experience alternative reality:

AR is more accessible than its counterpart because results delivered by AR are more restricted. In contrast, VR completely overtakes the environment and replaces it with a new scene. People can use AR through their portable devices such as mobile phones and tablets by installing the application software. These applications use the device camera to capture the environment around you, augment it with virtual data, and overlay it on the mobile screens for users to enjoy.

Besides portable screens, people use special glasses and headsets to experience the augmented reality. Unlike virtual reality headsets, these devices add virtual details to the real world. It allows the user to experience a different reality without completely forsaking his/her current surroundings.

A comparative analysis can help you figure out which one would serve your or your company’s needs. For instance, if you own a furniture store, you can benefit from augmented reality by tweaking the details of the room and adding the items your clients wish to try. You can help them see how a specific furniture item would look in their house. Furthermore, industries like hospitality, medicine, fashion, and real estate can use AR to boost their marketing and sales campaigns. Similarly, VR is more suitable for Real Estate, where the clients require a full-fledged experience of how their house will turn out to be.

The alternate reality technology transposes the user from one place to another. It is done by either replacing the surrounding environments with a new scene or adding details to tweak the experience. Whether you are using this technology for fun or boosting your business’s productivity, it is always wise to understand both systems.

It is surprising to see how far both Virtual and the Augmented reality have come in terms of their application and development. Several industries worldwide are immensely benefitting from the utilization of AR and VR technologies. Nonetheless, it is up to the audience to determine which gadget would work best for them by taking their requirements and purpose of usage into account.