5 Destinations That You Should Visit Before They Are Underwater 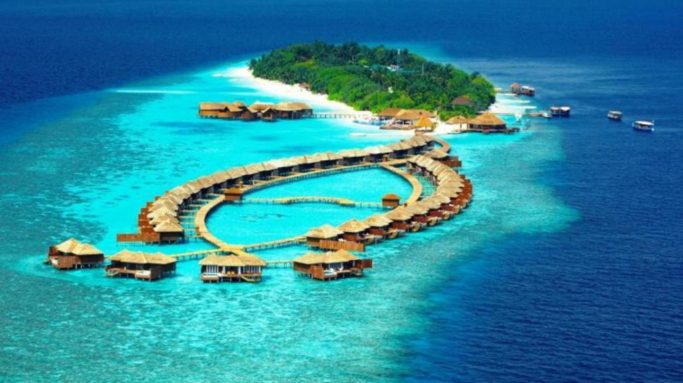 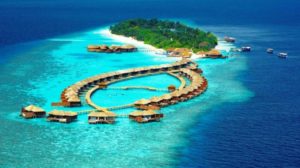 We have all heard that climate change, sea level rise and deforestation is threatening many parts of the planet. Sadly, many of these locations are home to spectacular historical and natural heritage sites. For those who want to see them before they are gone, below is a list of some of the most stunning of these endangered locations.

The Maldives, an island chain located in South Asia, is the lowest country on the planet. The nation was featured in The Island President, a documentary about ex-president Mohamed Nasheed’s crusade against climate change and the sea level rise that will cause the country to vanish. This, development and trash accumulation are all problems that affect the chance of survival for the island nation.

Still, the Maldives are alive and thriving today and they make for a beautiful island getaway. The islands are home to many species of marine wildlife as well as resorts and centers for meditation and yoga.

The Everglades is one of the most popular places to visit in Florida, and a must see for anyone passing through Miami. The area is also the only location in the USA on UNESCO’s List of World Heritage in Danger and is home to an impressive array of wildlife – most famously panthers, crocodiles and alligators.

The Everglades are in danger due to an inundation of salt water and the invasive Burmese Pythons, which have been eating up the native species. Burmese Pythons were introduced in the area by disgruntled pet owners, who released them into the Everglades. Keep an eye out for them when you visit!

The Seychelles is an island nation off the coast of East Africa famous for its snorkeling and beautiful resorts. Sadly, like the Maldives, the Seychelles is endangered by climate change and reef destruction, which has caused the island nation to begin slowly sinking. It’s beautiful and famous coral reefs are rapidly dying, as are many reefs around the world. On top of that, the country’s water supplies are drying up.

Yes, the city of canals and masquerades is in danger too as sea levels rise. While Venice is threatened with sea level rise, the more immediate danger is from sinking. Venice’s sinking was recognized years ago, and was originally due to the pumping of groundwater from beneath the city. This pumping ceased years ago, but the city has continued its slow drop.

Yet, all the famous attractions are still here – just bring a sturdy pair of rain boots. While Venice will likely devise an innovation solution to deal with the problem, you should still visit the top draws, like the canals, Saint Mark’s Basilica, the Doge’s Palace and St. Mark’s Square – just in case.

You can’t blame rising sea levels for Inle Lake’s distress, but this beautiful ecosystem is facing grave threats just as it has become a booming tourist attraction. Deforestation and silting are damaging the shallow lake and dramatically reducing the Inle lake’s area. The growth in population and floating farms does not help either.

Inle Lake has recently become a popular spot due to its silt towns and the acrobatic way of fishing practiced there. Its unique way of life is definitely a must see, although tourism has been a bit of a double-edged sword, contributing to the siltification that is slowly destroying the lake.

There are many more places on this wonderful planet that are also in danger. The list is long and includes a few other well-known names, such as the Great Barrier Reef, the Dead Sea and the Alps.