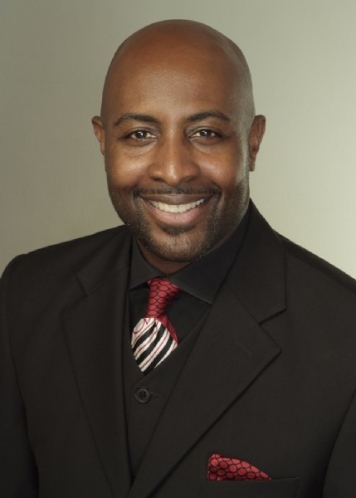 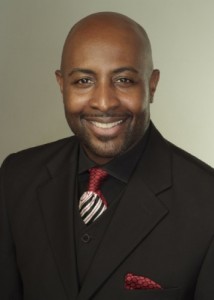 Eliakim Thorpe, a sought-after speaker, consultant, and authority on organizational transformation & the creator of the T.H.R.I.V.I.N.G. Organization: A New Philosophy to Transform Organizations joins Enterprise Radio.

Eliakim Thorpe is a sought-after speaker, a consultant, and an authority on organizational transformation. He is the creator of the T.H.R.I.V.I.N.G. Organization: A New Philosophy to Transform Organizations, which is both a philosophy and a systematic process that Eliakim has created to help businesses create frameworks to become transformational organizations with externally- and internally-centered, purpose-driven, solution-focused, service-oriented and profit-savvy organizations with employees who are innovatively positioned to create lasting change within the company and in the world. Eliakim draws from his experience as an IT professional, working with, and consulting for, Fortune 10 to Fortune 500 companies such as IBM, Whirlpool, General Motors, Chrysler, Pfizer and many others, as well as his experience running his own companies.

A seasoned corporate professional and successful entrepreneur, Eliakim is also an ordained minister with a B.S. in biblical studies, and a transformational speaker, who has shared his corporate, family and spiritual philosophies with the likes of “Chicken Soup for the Soul” author Jack Canfield. Eliakim’s unique ability to lead and leverage the capabilities of cross-functional teams has allowed him to successfully launch and operate four separate businesses, sustaining annual revenues of over a million dollars. 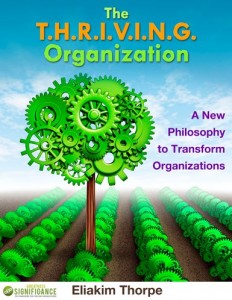 With his extensive business background and experience, Eliakim has seen firsthand the need for entrepreneurs, businesses, and corporations to become purpose-driven and people-driven, instead of being primarily profit-driven. His T.H.R.I.V.I.N.G. Organization philosophy paves the way for businesses to lead change that profoundly impacts people, communities and society by leveraging the gifts and talents of its workforce. Eliakim’s F.O.R.T.U.N.E. 500 Man philosophy applies these purpose-driven concepts on an individual level, teaching men what it means to be a man in the 21st century, how to be successful without compromising their values, and how to embrace the higher calling to be men of faith, family and community.

“The path to financial wealth is littered with the remains of men crushed by the weight of their illusions of prosperity and financial gain. We are taught to believe that the way to happiness is through a fat bank account, a big home, fancy cars and professional prestige,” says Eliakim. “This fantasy collapses when we discover the hollow end to our dream. I believe that the road to self-discovery through authenticity, integrity and fulfillment is worth its weight in gold.”

Eliakim’s corporate and family values are deeply rooted in his childhood, which was a juxtaposition of the emptiness of being in a fatherless home and the strong guidance he received from his mother, who raised him and his six siblings to be people of character who worked hard to make their dreams a reality. Eliakim felt the absence of his father, who he did not meet until he was 33. When Eliakim was seven years old, his mother married his stepfather, who served as the male role model he desired and has remained an important part of his life, even many years after the couple divorced. Born in Redondo Beach, California, Eliakim and his family then moved to Inglewood, Bellflower and Long Beach, California. When he was in his teens, they moved to Indianapolis, Indiana.

As a child, Eliakim was frequently sick due to chronic asthma and pneumonia, requiring hospitalization on a nearly weekly basis. He often missed school, was heavily medicated and was unable to maintain a consistent body weight, causing him to look frail and weak. During this time, Eliakim recalls near-death experiences, which provided him with a sense of peace, comfort and protection, providing the genesis of his transformation.

Eliakim’s childhood experiences, and what he has witnessed in the African American community and as a man of color, have inspired him to be the involved and present father and husband he has been for more than 20 years. These experiences have  prompted him to speak about topics such as, “Being a Father to a Fatherless Generation” and “Navigating Negative Identity Images as an African American Male: Steps on How to Embrace Your Uniqueness”. He also shares with women what he believes they need to know before entering relationships with men. By sharing these topics with men and women, Eliakim believes he can help people create strong families, which in turn create strong communities.

After graduating from high school, Eliakim attended the University of Michigan, with the hope of becoming a doctor. Due to family issues, Eliakim dropped out after his junior year with the intention of returning in the future. During this time, Eliakim met his wife, Kimberly, who had completed her graduate degree at the University of Michigan. He also became a recruiter for the Computer Learning Center. Upon earning his diploma in network engineering and management from the Computer Learning Center, Eliakim quickly began to climb the corporate ladder. By the age of 28, he was earning a six-figure income.

In 2005, Eliakim was still enjoying corporate success. However, he changed paths when he surrendered   to God’s calling to become a minister. In 2008, he went back to college to complete his degree, graduating from Indiana Wesleyan University with a B.S. in biblical studies. Eliakim made his calling  his career and, as an architect of ideas and concepts, he fulfills his purpose by marrying his corporate and family values of integrity, responsibility and accountability to create transformational philosophies that profoundly change and strengthen companies, communities, families and individuals.

Eliakim resides in Kalamazoo, Michigan with his wife, Kimberly, with whom he has five children ages nine to 21. Together they run Let’s Talk About It, an organization that serves neglected and abused youth, rehabilitating them so they can be reunited with their family or live independently. He is also a foundation director of the Someday Challenge, which aims to create a better world through passionate living and heartfelt giving. Eliakim loves traveling, walking on the beach, going on spiritual retreats, reading, studying world religion, playing basketball, and, more importantly, spending time with his family.