The Explosive Electric Scooter Market And Why It Will Keep Growing 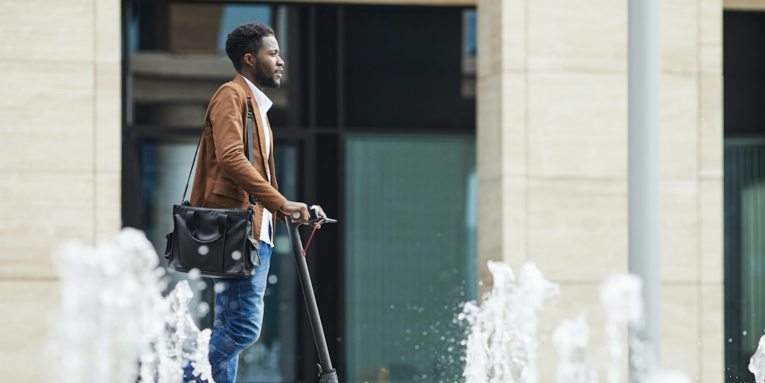 In the past, humans have relied solely on gas or diesel-powered vehicles to get them from point A to point B. But with the strides in technological development that we’ve witnessed in the past couple of decades, newer forms of technology are beginning to emerge.

Technologies such as renewable energy sources and environmentally friendly modes of transportation, which, of course, include electric and battery-powered vehicles as well.

Today, on the other, electric batteries are more powerful, lightweight, and less toxic than ever before. And with this, manufacturers are now able to produce some of the best, most reliable, energy-efficient, zero-emission electric scooters the world has ever seen.

So with that, let’s take a look at the explosive growth we’ve recently seen in the electric scooter market all around the world. And then I’ll explain why I believe the market for electric scooters will continue to grow for many years to come.

If you take a look at the busy streets of almost any major city in the world, you’re almost guaranteed to see at least one or two individuals cruising around on an electric scooter.

Although bicycles are still an extremely popular mode of transportation, e-bikes and electric scooters are starting to change the way that people look at getting around in busy cities and metropolitan areas. And today, we’re seeing an increasing number of people giving up their pedals bikes or cars in order to get around town on eco-friendly electric scooters.

In fact, according to the National Association of City Transportation Officials, electric scooter rentals are quickly overtaking the number of bicycle rentals in big cities across the world.

For example, in 2018, one ride-share rental company reported that, out of 84 million trips taken by their customers in 2018, 38.5 million, or about 45.8% were electric scooter rentals. That’s just over half of all rentals being taken on electric scooters, as opposed to a pedal bike.

Furthermore, in the coming years, I expect this number to continue growing. As you’ll see below, electric scooters are convenient, affordable, and eco-friendly, making them one of the best ways to get around.  According to electric rideables expert Paul Strobel from eridehero.com, the trend is expected to grow as more specific laws and regulations are set in place for the vehicles throughout the world, permitting the use of them in a constructive way.

Why Are Electric Scooters So Popular?

Close your eyes and picture this: It’s 5 pm on a Friday in a major city. Rush hour traffic has every road in the city’s downtown core blocked. It’s bumper to bumper mayhem and people can be seen yelling at each other through their car windows, honking their horns wildly.

And all of it for nothing. Because that’s how bad rush hour traffic can get at the end of the workweek, and there’s simply nothing anyone can do about it.

But amidst all this chaos, the traffic in the city’s bike lanes flow freely, and people on bikes and electric scooters can easily squeeze their way through traffic, sometimes, even making better timing than those than stuck in traffic.

In other words, electric scooters are a much more convenient and effective way to get around, especially for those who live in busy metropolitan areas, where commuting through rush hour traffic is a daily feature of life.

Electric scooters are also much more affordable than buying and driving a car, truck, SUV, or minivan.

For example, the price tag of even the most expensive electric scooter isn’t going to be anywhere near that of buying a full-sized vehicle. And on top of that, you’ll never need to pay for gas or oil changes.

Instead, a little bit of regular maintenance and somewhere to plug it in at night is all you’ll ever need.

But in the end, the biggest reason that people love electric scooters is that they’re an environmentally-friendly way to get around.

In fact, with zero-emissions, it’s pretty much safe to say that electric scooters are the most environmentally-friendly way to get around!

The Best Way To Get Around

Although e-bikes and electric scooters don’t go nearly as fast as full-sized cars, trucks, or van, they still do represent an extremely efficient, affordable, and eco-friendly mode of transportation, which has become more popular today than it’s ever been before.