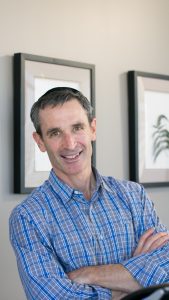 Reconnect Research has developed a technology that connects MIDI (misdialed, incomplete, disconnected, inbound) calls to research surveys. The company captures the calls and routes the callers into answering poll questions.

Before Reconnect Research, no one benefited from MIDI calls. The caller didn’t connect to their intended party and the carrier didn’t profit from the telephone traffic. Utilizing MIDI calls for research turns MIDI calls into a triple win: for consumers, carriers, and researchers.

For 18 years, Scott Richards was the CEO of Dial800, a leading provider of memorable 800 numbers along with call routing and call tracking to optimize TV and radio advertising.

Richard’s aha moment for the Inbound Calling Survey came when he realized that phone carriers and researchers have the same problem that can be fixed if they work together. If carriers don’t complete calls, they don’t make money. If researchers don’t complete surveys, they don’t make money. Reconnect Research developed this groundbreaking platform that completes calls from carriers and provides highly representative responses to researchers.