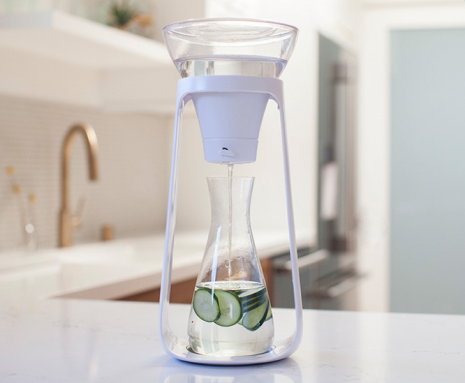 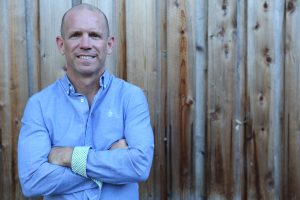 They say necessity is the mother of invention — and so began KOR. Eric Barnes’ wife, Stacey, was the first to tell him that his habit of refilling an old Gatorade bottle was a really bad idea. “It’s a bacterial trap,” she warned, “and you’re not supposed to reuse those bottles.” Yet, after several visits to retail stores, Eric’s failed search to find a reusable bottle that he would actually use left him unsatisfied — and intrigued. Bottled water sales continued to explode as those companies redesigned their packaging and marketed stories of water from exotic locations, yet the practice of sustainable hydration (i.e., drinking from reusable bottles) remained stagnant. It was becoming common knowledge that bottled water waste was a major environmental problem with four out of every five empty bottles being land-filled, but that fact by itself was not changing consumer behavior. 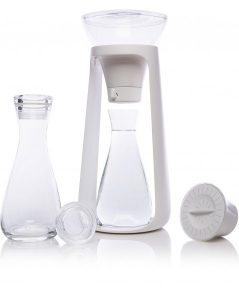 What if the tactics of design and story used by bottled water were employed in the reusable category? Why couldn’t great industrial design — where form and function are meticulously analyzed — be incorporated into a new product line that anticipated the user’s every need? There was no law that stated environmentally friendly products must deliver less convenience and inferior performance, yet most “green” alternatives often delivered that experience.

Eric was no stranger to taking on a challenge, particularly one with which he had no experience. “One can see with new eyes what others miss” — or at least that’s how he rationalized diving head first into the hydration market. Previously, Eric had launched several Internet startups, including Ivysport.com and ePrep.com, but KOR felt more like a mission than a company.

Soon, Eric was introduced to Paul Shustak by a mutual friend. Paul was engaged in a successful product management career with experience at Microsoft, Sony and Adobe. Having personally experienced the same divide between great design and sustainable products, Paul and Eric joined forces and KOR began the journey to develop and launch its first product in early 2007.

KOR sought far and wide to find the best design partner to help make the company’s vision a reality. In RKS Design, a world-class design firm based in Southern California, KOR discovered a team that deeply understood how KOR’s focus on design could be the driver that motivated change, creating not just products, but also a company and a movement.

KOR brought over 100 functional design requirements to the project, and after nearly three painstaking years of development with RKS (and over 15 abandoned concepts), KOR emerged in the summer of 2008 with the KOR ONE Hydration Vessel. A lightning rod product, the KOR ONE immediately gathered global attention for the concept it represented — that great, iconic design could be embedded in a product that stood as a beacon of sustainability.

What started as KOR’s simple goal of perfecting the reusable bottle has expanded into a company charged with celebrating, protecting, and treasuring water — in our personal lives and the world. Today, KOR is hard at work spreading “sustainable hydration” to the world in a growing line of design-driven hydration products and enlisting water advocates, one customer at a time.