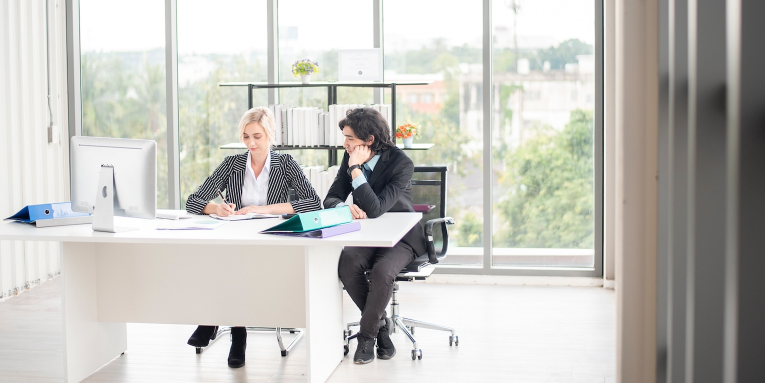 You were probably pretty picky about where to take up office space for your business. Your office probably always needed to be near strong public transport connections or otherwise easy for your workers and clients to reach, perhaps leaving you with scarce time to consider the workplace itself.

However, as an office’s appearance can be changed much more easily than its location, rest assured that you made the right call. Here’s how to finish the job of making your office one to be proud of.

Swap out the standard lights for LED alternatives

You wouldn’t have to shell out too much upfront for LED lights that, once fitted in place of the electric lights you inherited with the building, will almost instantly improve its energy efficiency.

In 2014, a California Energy Commission study relayed by The Guardian revealed that LED upgrades slashed electric lighting’s energy consumption by 50% without adversely affecting either the light levels or the satisfaction of people occupying the building.

Replace the office’s air freshener, too

Looks can be deceiving, but smell perhaps less so. That’s a potential lesson to take from advice revealed by Inc. contributor Jessica Stillman, who refers to research finding that, when participating typists could smell lemon, they made 54% fewer errors.

The improvement rates were nearly as respectable with jasmine and lavender, at 33% and 20% respectively – and replacing the air freshener is another remedy doesn’t have to be expensive.

Some “inspirational” quotes are so commonly littered around the internet that, well, they no longer seem quite so inspirational when you get round to seeing them on show in your office, too.

This sheds light on why, if your workplace originally came with rather drab-looking art pieces, you should consider replacing them – perhaps with some art you have even made yourself. Go for something unusual, like a creatively edited photograph or an excerpt from a book.

If your industry is a particularly creative one, such as design or marketing, then you could inspire more creativity in your workers by giving them an expansive view of the great outdoors.

It’s up to you exactly how you arrange this, but you could bring the outdoors indoors, so to say, by decorating the desks with live plants – provided you remember to keep them replenished with the sun and water they need. Alternatively, you could simply have desks lining more of the windows.

Here, we mean reconsider whether you even need it. Perhaps surprisingly, jettisoning reception areas is becoming an increasingly common trend in workplaces – especially since you could guide visiting clients by placing clear instructions and directions on the walls instead.

If you are uncertain quite how to make that work, you could get in touch with a reputable firm of workplace design experts, who will be happy to provide a few pointers – including on the subject of how else you could overhaul your workplace for the better.