Duathlon Training and Racing for Ordinary Mortals: Getting Started and Staying With It 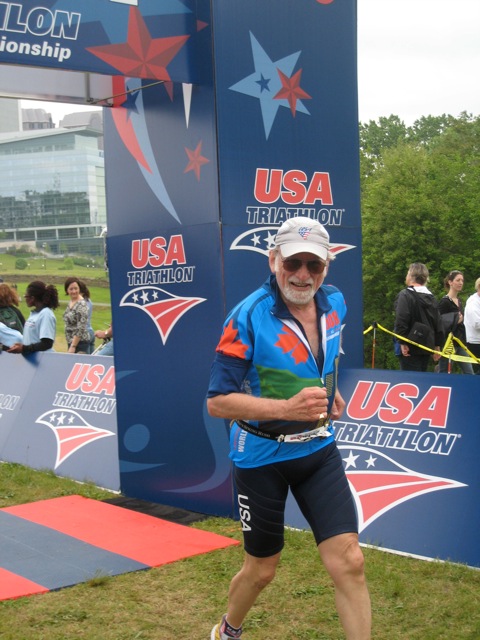 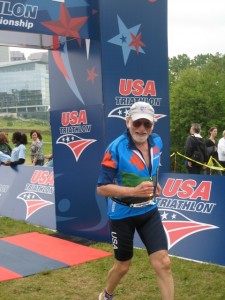 Dr. Steve Jonas, the author of “Duathlon Training and Racing for Ordinary Mortals: Getting Started and Staying With It” joins Entrepreneurial Fit Radio. He is also the sole author for five books on triathlon and du-athlon (“multi-sport racing”) and co-author for one that is published and one more that is in preparation.  He is also a regular columnist for USA-Triathlon Magazine.

Dr. Steve Jonas, a Professor of Preventive Medicine at the of Stony Brook University (NY) School of Medicine (steven.jonas@stonybrook.edu), is in his 30th season of multi-sport racing (2012).  He has done over 90 duathlons and 130 triathlons from sprints to the ironman distance.  He has been rather slow since he started racing and has been gradually getting slower.  Nevertheless, as a member of an age-group shrinking in size (75-79 as of 2012) he has qualified seven times as a member of Team USA for the Triathlon Age-Group World Championships and twice for the Duathlon Age-Group World Championships.  He is the author of the first book for beginners and recreational athletes in the sport, originally published in 1986.

Triathloning for Ordinary Mortals: And Doing the Duathlon Too (New York: WW Norton) is currently available in the 20th anniversary 2nd edition.  He also wrote The Essential Triathlete (New York: Lyons and Burford, 1996, now Globe-Pequot/Lyons Press, Guilford, CT).  Championship Triathlon Training, by George Dallam, Ph.D. (Champaign, IL: Human Kinetics) for which he is the co-writer, was published in May, 2008.  In 2009, it appeared in an Italian translation, Triathlon Da Campioni (Milano, IT: Edizioni Libreria, della Sport).  101 Ideas and Insights for Triathletes and Duathletes was published by Coaches Choice of Monterey, CA. in June, 2011.

His most recent book in the field is Duathlon Training and Racing for Ordinary Mortals®: Getting Started and Staying with It, the first modern book devoted solely to duathlon, with a chapter from USA Triathlon on their national duathlon development/promotion program, was published by FalconGuides/Globe-Pequot Press of Guilford, CT, in March, 2012.  Currently in preparation, to be published in 2012 by Coaches Choice, is Coaching and Teaching Triathlon, for which he is also co-author to George Dallam.

Presently he is a regular columnist for USA-Triathlon Magazine, under the title  “Ordinary Mortals ®: Talking Triathlon with Steve Jonas.”  For USA-T he has published the first of their series of “White Papers,” introductions to various aspects of multi-sport racing.  His website, through which his “The Ordinary Mortals® Guide for Getting Started in Triathlon and Duathlon” (in a PDF download) can be purchased, along with several of his books, is www.ordinarymortals.net. He has given numerous public presentations on how to get started and stay with it in multi-sport reading in particular and regular exercise in general.

Dr. Jonas was a member of the Editorial Board of the ACSM’s Health and Fitness Journal from 1999 to 2011, and a contributor to the ACSM Fitness Book, 3rd Ed.  He is a Fellow of the American College of Preventive Medicine, the New York Academy of Medicine, the New York Academy of Sciences (elected), the American Public Health Association and the Royal Society of Medicine (UK). He was also a member of theNational Coaching Commission of USA-Triathlon (2000-02).

He has written and co-written more than ten books on exercise and fitness, weight management, wellness, and health promotion/disease prevention for both the academic and the lay audiences.  With Edward M. Phillips, MD as co-author, he is the first author of Exercise is Medicine tm: A Clinician’s Guide to Exercise Prescription (Philadelphia, PA: Lippincott Williams and Wilkins, 2009), the official textbook for the American College of Sports Medicine national program, “Exercise is Medicine ®.”  He has also been a certified professional ski instructor, an athletic activity in which he engaged part-time over a 15 year period from 1995.