Don’t Make the Same Small Business Mistakes I Made 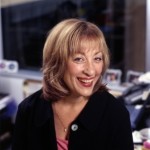 January, traditionally a month when thoughts turn to new ventures, is over in just a few days. So if you’re thinking about starting your own business, or even if you’re already knee-deep in entrepreneurship, I want to share a cautionary tale (or two) with you.

I’m coming up on my three-year anniversary as a small business owner. The fact that my partners and I are still standing after launching in the middle of the Great Recession must mean that we’ve at least done some things right. But we’ve also made a ton of mistakes.

So in the spirit of do as I say and not as I did, here are some startup don’ts you should be careful to avoid:

1. Don’t price your services too low. It’s easier to set prices when you’re selling products, since there are clear-cut costs, and often industry pricing formulas. But determining pricing for a service business is a lot harder. We made so many mistakes bidding on our first job. Since we didn’t know how much to charge, we tried to come up with an hourly rate, taking into account our overhead and experience. But we didn’t really know how many hours the project would take, and we were in such a rush to put in our bid, we forgot to take into account all the possible costs. We got the job, but after having to pay several unexpected expenses (like a graphic artist), we barely broke even.