Are Dubia Roaches the best feeder insect for your pet? 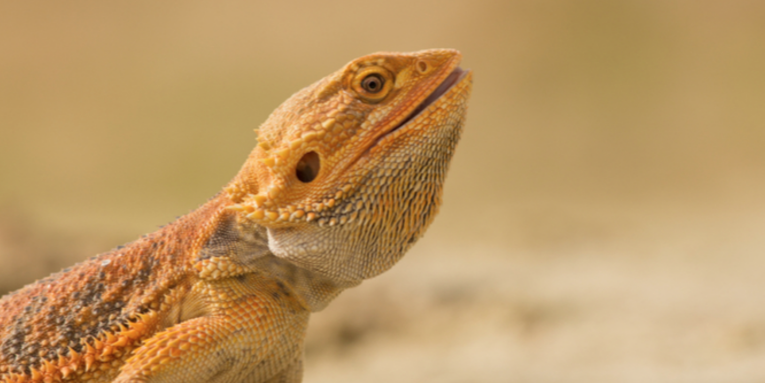 When you own a bearded dragon, leopard gecko, or other exotic pet, it’s inevitable that you’ll need to purchase feeder insects.  Feeder insects are full of protein, which is critical for growing reptiles.  But the nutritional value is different for many insects, which means that some insects should be offered more often than others.

Dubia roaches are often considered one of the best feeder insects for your bearded dragon.  They’re lean in protein, low in chitin, and they don’t smell like crickets.  Dubia roaches are also meatier, which means reptiles and exotic pets need to eat less of them compared to other feeders.  Finding dubia roaches for sale is relatively easy, as many pet stores and online merchants have them available.  This is because they are in high-demand from many reptile owners.

Not only are dubia roaches an excellent feeder insect, they’re easier to house and handle for pet owners.  They can tolerate temperatures as low as 60 degrees F, which means pet owners can store them at room temperature.  And setting up a dubia roach habitat requires a few common household items: a 5 gallon bucket, cardboard tubing, and some scraps of food.  If you’re gut-loading dubias, provide them with food that will benefit your bearded dragon or leopard gecko.  And one of the biggest benefits owners will get from housing dubia roaches is that they don’t smell.  Which is a nice change, if anyone has housed crickets.  Crickets stink!

Crickets are one of the most well known feeders on the planet.  And for good reason.  They are a very lean, low-fat protein.  Which makes them a great feeder insect for both young and old bearded dragons and leopard geckos.  And they have low amounts of fat, which is great for reptiles who don’t get a lot of mobility in their habitats.

Cost is always an important consideration for feeder insects.  And crickets are some of the most cost effective.  This is because they are prolific breeders, and have a fast life-cycle.  Unlike dubia roaches and superworms, crickets will reach appropriate sizes in a matter of weeks.  Dubia roaches, on the other hand, will take a few months to grow from ¼” to ½” in size.  This slow growth makes makes breeding dubia roaches more challenging.  Which increases the overall cost.  Because crickets are so easy to raise, it’s easy to order crickets online, and have them shipped directly to your door.  Here’s what it’s like to unbox an order of crickets that just arrived in the mail:

Aside from their benefits, crickets do come with a few drawbacks.  The first is that older crickets have chitin.  Chitin is a fibrous nutrient that is part of their exoskeleton.  As crickets get older, their exoskeletons get more firm, which increases their chitin.  And chitin is difficult for bearded dragons to digest, which can cause impaction.

Crickets will also eat anything.  This can be fine when trying to breed them.  But it’s not so fine when they start to eat your pet!  Some owners think bearded dragons can co-habitate with crickets.  But the reality is, if bearded dragons don’t consume all of the crickets in one sitting, then those crickets can try and eat the bearded dragon.  And those lesions they create on the dragon can get infected and cause some health problems.  Dubia roaches and superworms won’t do this, which makes them a little more advantageous than crickets.

Superworms should never be used as a staple feeder.  Instead, they’re best used as a treat.  The reason is they’re extremely fatty.  And if your leopard gecko or bearded dragon eat too many of them, they’ll start to become overweight.  So feed them only on special occasions.

Superworms are also high in protein.  Which means they are great for pregnant pets because of their high fat and protein content.  But even in this situation, they shouldn’t be used as a staple feeder.

Overall, dubia roaches tend to be the approved feeder insect in the reptile community.  However, crickets can’t be dismissed because they are more affordable, and are a good source of lean protein.  But no matter which feeder you choose, make sure you understand your pets dietary needs.  Bearded dragons also need greens.  And crested geckos love baby food.  So just because your pet is a reptile, doesn’t mean they only want to eat insects.