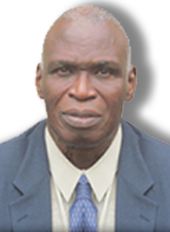 Dominic Okereke, author of Africa’s Quiet Revolution, who is an economics lecturer based in New Jersey joins Enterprise Radio. Mr. Okereke is also the author of an open letter to President Obama asking for a new “Marshall Plan” that would give economic assistance to Africa.

African native, Dominic Okereke attended Lovanium University in Kinshasa in the Democratic Republic of the Congo. Shortly after graduation, a student riot on the eve of American Vice President Spiro Agnew’s visit, caused President Mobutu to brutally repress the students and Dominic was among many that were forced to flee.

He ended up teaching at Saint-Viateur College in Bouake and then moving on to continue his education at the Ivorian College and Simon Fraser University. From there he went on to become a lecturer of several departments, including Accounting and Business Management, at Auchi Polytechnic in Nigeria.

After 12 years of teaching, he decided to attend a graduate program at Cabrini College in Radnor, Pennsylvania. There he found a network of people who also believe African was destined for rapid change and found the support he needed to complete “Africa’s Quiet Revolution”.

Book Synopsis
This book prescribes rapid revolution in principal sectors of this African economy through radical paradigm changes. And the resultant comprehensive transformation will guarantee significantly higher productivities and double digit annual economic growth. Included in this paradigm shift is the joint reindustrialization of the African economy and the US ailing industries via a new Strategic trans-Atlantic Alliance modeled on the balanced Euro-US cooperation after World War II. But it first takes readers through a thorough evaluation of the familiar subject – corruption – which haunts Nigeria, the principal economy in the continent.

The fundamental difference with other texts on the subject is that this book identifies the most debilitating variant of that corruption. That variant caused massive capital flight from a post-colonial “soft economy” that is neither capitalist nor socialist. The Nigerian corruption thrives on the native Philosophy of Commission hardened by intractable “tribalism” that coagulated and ossified with the imports substitution pattern preferred by European firms since independence.

The book then proceeds to earn its priced revolutionary credential by inventing very novel scientific methods that will skillfully turn this insidious source of structural rigidity and arrested development into a force for economic growth. A new apex political leadership culture is recommended and to be fortified with a unifying lingua franca. An inter-ethnic marriage melting-pot is advised for intensified nigerianization of Nigerian youths at birth.

Spiritual diversity is envisaged to significantly diminish religious intolerance and sectarian violence. Modern bureaucracy and inward-looking tourism are reformulated to reduce effervescent insecurity and minimize capital flight. The resultant economic stability will enlarge domestic/foreign investment inflow; and will reverse the current dis-industrialization, and massive job loss, and the conditions of under-full employment. Technological Functionalism, Economic pan-Africanism, and the Alternative Policy of Inputs Substitution are among the several brand new blueprints that this book offers for the extensive transformation of Africa’s economy into the robust emerging economy that will rival its counterparts in India and China in the immediate future. 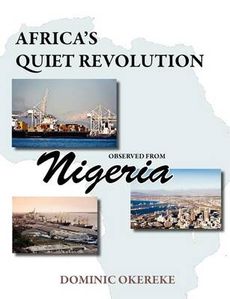