Anything You Want With Derek Sivers 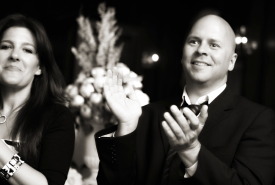 Welcome to episode #263 of Six Pixels Of Separation – The Twist Image Podcast. How far would you go to get something done? Derek Sivers was an independent artist trying to sell his CDs online back in 1998. None of the big online retailers of music would sell his music. He wasn’t on a major label and he wasn’t a “known” entity. Instead of sulking about it, Sivers went out, bought a book on Web programming, turned to page one and started to figure out – on his own – how to build a website and integrate it with a merchant account. This led to creation of CD Baby – which quickly grew to become the largest seller of independent music and artists in the world. In 2008, Sivers sold CD Baby for $22 million. Most recently, he released his first business book, Anything You Want, on Seth Godin‘s The Domino Project book publishing imprint. It’s an amazing and candid look at what it takes to create a great company (and it’s a powerful story for all Marketers to hear). This past week, I published the Blog post, Anything You Want, and some of the quote were culled from this chat with Sivers. Enjoy the conversation…

Mitch Joel is President of Twist Image ‹ an award-winning Digital Marketing and Communications agency. In 2008, Mitch was named Canada’s Most Influential Male in Social Media, one of the top 100 online marketers in the world, and was awarded the highly-prestigious Canada’s Top 40 Under 40. His first book, Six Pixels of Separation (published by Grand Central Publishing – Hachette Book Group), named after his successful Blog and Podcast is a business and marketing best-seller. You can find him here: www.twistimage.com/blog.